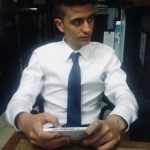 Possible spoiler of the programming of the RAW show May 9, 2022


It is revealed what we will see tonight during the RAW show.

In a few moments, the Monday Night Raw show after WrestleMania Backlash 2022 arrives on our screens. This program officially presents a single match that will face Cody Rhodes and Theory for the United States Championship.

Fightful has exclusively reported much of what we will see tonight on Raw, in addition to what WWE has already announced this Monday:

CM on Twitter and writer for TurnHeelWrestling. I’ve been a fan of wrestling since I was very young, and I joined this project to be able to tell everything that happens in this “world” in the most professional way possible. If you want to know more about me, you can consult all my social networks.

Possible spoiler of the programming of the RAW show May 9, 2022