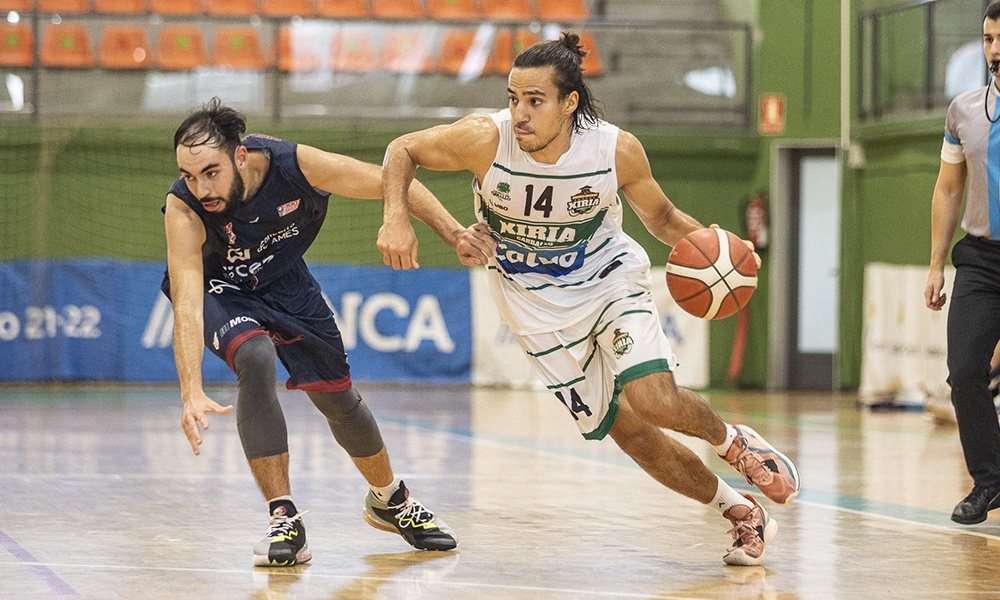 The second round is already underway in all the Conferences and the U22s continue to be protagonists throughout the 10 groups that make up the EBA League. We go punctual to our appointment with them and that none of the most outstanding performances of the week go unnoticed.

The work of Unai Barandalla (’02 / 18 pt) Y Elvis Ude (’03/11d) It was not enough to end the losing streak of the Bilbao Basket Foundation, which lost on its visit to Tabirako.

The 8 assists (and 11 points) of Mario Solórzano (’01) They were not enough for Raisan Pas Piélagos to tie the victory at home against a serious Easo.

The EBA is starting to get too small Pau Isern (’01)who went to 44 rating thanks to his 30 points, 12 rebounds, 3 assists and 4 stealsleading the away win for Calvo Basket Xiria in Porriño.

despite the 15 points from Diego Cuetos (’04)Real Grupo de Cultura Covadonga was no match for a serious Peixe.

Great triumph for Doña Ramoncita CB La Solana de Sdenry Gonzalez (’02)who went to 22 points, 3 rebounds and 3 assists before none other than Socuéllamos.

Alejandro Orozco (’04) continues pulling CB Aridane, although his 15 points they could not prevent their team from falling to Uros de Rivas.

He highlighted the base again Tiago Dias (’04)that with his 19 points, 11 rebounds and 6 assists helped Baloncesto Torrelodones to stand up to a tough rival like Guadalajara, who sweated to defeat the Madrid team.

He does not miss his Thursday appointment Jonathan George (’02)what with 19 points led the triumph of Transportes Gobra Güímar over La Matanza.

He also won the CB Quart Germans Cruz, with double-double by Josep Gascón (’01 / 16 pt, 14 D) on the Castelldefels track.

Prestigious triumph at the home of Anagan El Olivar de Lucas Langarita (’05 / 21 pt, 8 re)coming back to take the game in extra time against none other than Valls.

Outstanding debut of the young Slovenian Jan Saganin (’01)adding up 18 points in the defeat of Pinta B CB Es Castell on the Roser track.

Barça Atlètic returned to winning ways after two defeats and, led by a Dame Sarr (’06/27pt, 7d) that in the face of the marches and Nessah’s injury has taken responsibility, beat CB Navàs Viscola de Edu Ibáñez (’03 / 20 pt).

very serious party Pol Mulio (’02) from the ‘one’, with 18 points in the victory of Monbus CB Igualada against a CN Helios from which he shot Sergio Martinez (’01 / 21 pt).

The leader UCB Camper Eurogaza, with 15 points from Antonio Bioque (’01)won in a difficult match against CB Novaschool Rincón de la Victoria in a Oscar Diaz (’02) that bust the bank again with 28 points.

For its part, the co-leader Ecoculture Costa de Almería went to 112 points, Khadim Fall 18 (’01)in his victory against Melilla Sport Capital Enrique Soler B of Sergio Curbelo (’04 / 16 pt).

Valuable victory that Jaén Paraíso Interior CB added to not get off the hook from the upper zone, with a great Javier Martínez (’03 / 22 pt, 11 re) before Benahavis.

He fell at home NB Paterna, with Daniel Masip (’03) contributing 12 reboundsagainst Jovens L’Eliana in which the top scorer was Alessio Zandri (’01 / 15 pt).

Makar Voronin (’05 / 23 pt, 25 val) led the valuable victory of the Lucentum Alicante subsidiary in their visit to Eset Ontinet.

Proinbeni UPB Gandia did not forgive before the CB Ilicitano Caja Rural Central de Malik Camal (’01/15 pt)who was once again the top scorer.

Enormous Javi Velasco (’01 / 25 pt)with a good game of Fran Hernandez (’04 / 15 pt) in the victory of Sercomosa Molina in the Murcian derby played on the Organic Ager Begastri track.

Oskars Hernandez (’01) he went to 16 points in the comfortable victory of La Salud Archena against Servigroup Benidorm.

Ball in the air! Countdown to the U19 World Cup - COVER - NEWS
Chola and Laguneros win the Basketball Champions Cup at the start - Momento Deportivo RD
Brooklyn comes back against some Warriors who continue to take a nap
Basketball Girona beat Coviran Granada (78-92)