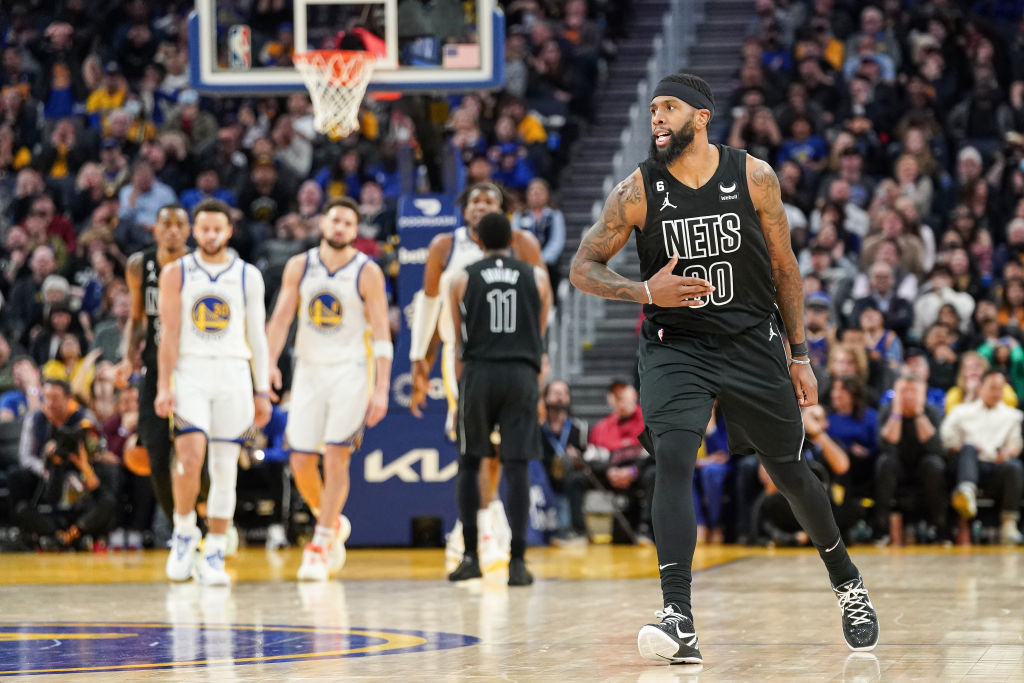 Maybe it’s time to stop waiting for Golden State. They are the reigning champions and have fantastic players, but for one reason or another, they just can’t get off the ground. Of course they have moments of good basketball, but these alternate with others that border on the desperate. What was seen last night was no different. It looked like they had the game in their hands, but they ended up watching the Nets come back to win 116-120.

The truth is that the game was in the hands of the Californians. In the first half they built a 16-point lead that seemed to put them on the road to victory, but Brooklyn reacted. Later, already in the last quarter, they pressed again and with less than six minutes to play they won by 12 points. Now it did seem clear that they only had to manage the income and add a victory that they well needed. It didn’t happen like that. The Nets closed the game with a 22-8 run to come back and leave the Warriors with a more than sour taste, and the sweet side was for Kyrie Irving. The point guard was not only excellent with 38 points, but also grabbed seven rebounds and distributed nine assists; one of them so that Royce O’Neale (author of 16 points) signed a decisive triple in the last minute of the game.

“They did a great job staying close to me, keeping the physical level and making it difficult for me. I think my teammates did very well working on their defense and making moves to lose their man. Royce was very open, I felt that this was the best shot for our team, so I gave him the ball and trusted him to do it and, luckily, he went in, “says the Brooklyn point guard, who has undoubtedly been enjoying himself for some time on court.

For the Nets, who had a double-double of 24 points and 15 rebounds from Nicolas Claxton and another 14 points from Joe Harris, it is a very important victory, since it is the second consecutive victory without Kevin Durant, which allows them to stay in fourth place in the Eastern Conference with 29-17.

Those in San Francisco are giving a feeling of vulnerability. Before, if they had a good day, they would devastate. Now, although it seems that they are going that way, throughout 48 minutes they can fall without warning. Regarding what happened last night, Steve Kerr believes that they made the mistake of giving oxygen to a team that can hit you at any time. “You give a team like this a bit of life… and they are really good,” says the head coach.

As for individual performances, Stephen Curry was the top scorer for his team with 26 points, while Jonathan Kuminga contributed 20 off the bench. The one who had a very bad night was Klay Thompson, keeping 10 points with a 4 of 17 shooting from the field.

Ball in the air! Countdown to the U19 World Cup - COVER - NEWS
EBA: The best U22 of the week
Chola and Laguneros win the Basketball Champions Cup at the start - Momento Deportivo RD
Basketball Girona beat Coviran Granada (78-92)