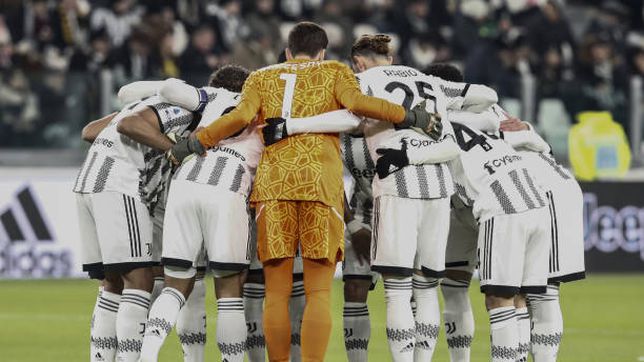 Juventus, while fighting with the courts (sports and ordinary) in Italy, must also deal with another major threat: UEFA’s measures. The blow of the Court of Appeal of the FIGC (15 penalty points in this championship) and the possible new trial for the issue of deferred salaries are a huge risk with regard to participation in European competitions for the coming seasons.

Relations between the bianconeri and the confederation, already very tense due to the super leagueThey do not help in a scenario that may worsen. In addition to the possible “unsportsmanlike conduct” due to the capital gains issue, the judgment on salaries may jeopardize the deal for the Financial Fair Play closed in September: a fine of 3.5 million euros with financial objectives to be achieved before the 25/26 season. The fine, without complying with the agreement on the balance, would reach up to 23 million and the possible exclusion from competitions, something that, if the accounting fraud were confirmed, would become increasingly likely. In addition, as ‘La Gazzetta dello Sport’ underlined, the eventual one-year ban would only come to pass if they were able to qualify on the field, something very complicated with the 15-point ban and the others that could come from pending lawsuits. If Juve does not finish in the Europe zone, the sanction will be transferred to the first course in which it does And to all this we must add the final decision of the Court of Justice of the European Union on the Super League.

“It is evident that they have hanged themselves”

The scenario does not leave much room for optimism. he confirmed it Evelina Christillin, FIFA council member for UEFA and historically very close to the Agnelli family, which was very hard analyzing the situation: “It is evident that they have hanged themselves, the wiretaps speak clearly”said to the ‘Rai’, “We still have to wait for the decisions on salaries and those of UEFA”. The directive did not rule out further sanctions from Europe: “If there were more elements compared to the previous assessments, something could happen. Without European competitions, there will be enormous economic damage, fewer people in the stadium, fewer sponsors…”.

The whip of UEFA threatens Juventus

Betis - Barcelona: Summary, result and goals | Brand
The ping pong to Lionel Messi when he was 20 years old that went viral: his ideal woman, his idol an...
Hail, Caesar!
While others advance, Vinicius lags behind