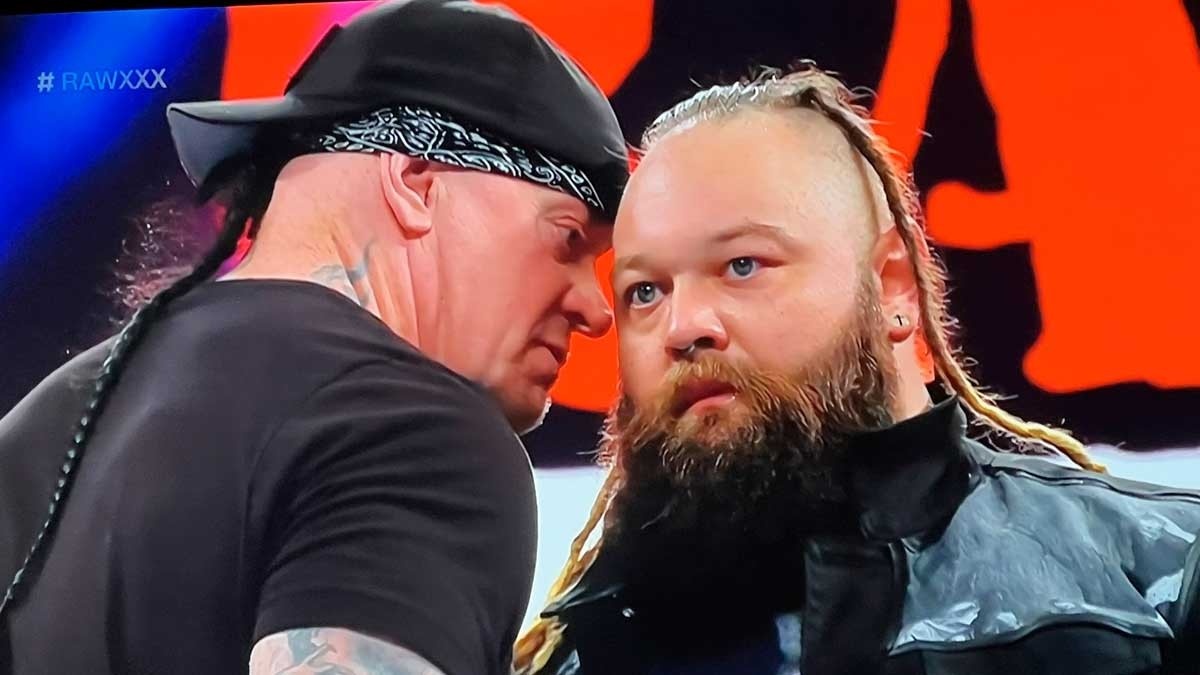 last night it took place a new edition of Monday Night RawThis time it was a more special event than usual due to the celebration of the 30th anniversary of the television show. One of the most shocking moments occurred when The Undertaker made his appearance, interrupting a promo for LA Knight. The Deadman was seen under the character of American Badass.

However, the moment became even more special when Bray Wyatt made an appearance to prevent the escape of LA Knight, who will be his rival in Roya Rumble. The scene ended with LA Knight returning to the ring, being attacked by The Undertaker and Bray Wyatt. Just after, The Undertaker approached Wyatt and said something in his ear to later leave the ring.

The moment was very special and The Undertaker knows it. Once the show was over, through his Twitter account, the Deadman dedicated a few words to that meeting: “Industry-defining moments. This one was very special!“.

The Undertaker and Bray Wyatt faced off in a singles match at WrestleMania 31. This marked Undertaker’s first match after losing his undefeated match in the previous edition. After the match, the Deadman spoke to Vince McMahon and asked him to protect Bray Wyatt. The WrestleVotes account, known for reporting WWE rumors, has recalled a conversation that The Undertaker had with Vince McMahon that day.

“Now is a good time to tweet this: after their match at WrestleMania 31, Undertaker asked Vince McMahon to “take care” of him, referring to Bray Wyatt. Regardless of what happened internally, Taker was always a huge supporter of Wyatt. This has been seen just now,” wrote the person behind the WrestleVotes account.