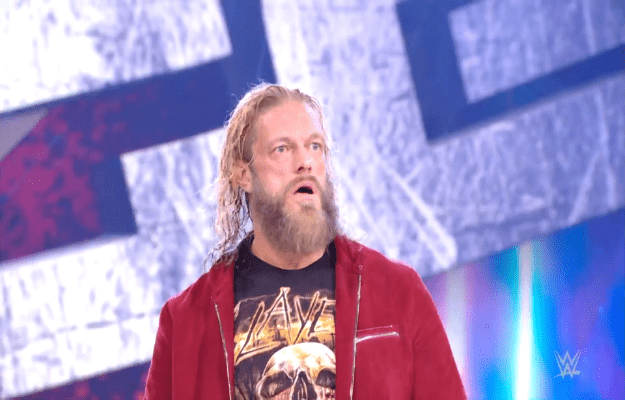 Tonight in RAW we witnessed a renewal ceremony between The Miz and Maryse prior to the fight in WWE Day 1 against Edge, the celebration could be ruined for the intervention of the super star category “R”.

The Miz and Maryse renew their vows on Monday Night RAW

During the rivalry that has maintained Edge with The Miz who recently made his return to RAW programming, Miz and his wife Maryse they pretended to have marital problems but everything ended in what everyone expected and that was an attack by The Miz and show that his relationship with Maryse is stronger than ever, that’s why tonight The “IT” Couple renews their vows on Monday Night RAW while there is an Edge that can appear at any time.

In the Main Event of the night the long-awaited ceremony takes place, surprisingly who was in charge of officiating the renovation was going to be none other than lounge member Eric Bischoff, everything was going according to what was planned to the point where Miz and Maryse agreed to stay married together.

Edge arrives on the scene and he only tells his opponent that this Saturday he will defeat him without a doubt, before he leaves he prepares to humiliate the couple, then out of nowhere a mysterious liquid falls from above leaving them completely sticky and thus ends the segment.

Edge leaves the Miz and Maryse humiliated in WWE RAW