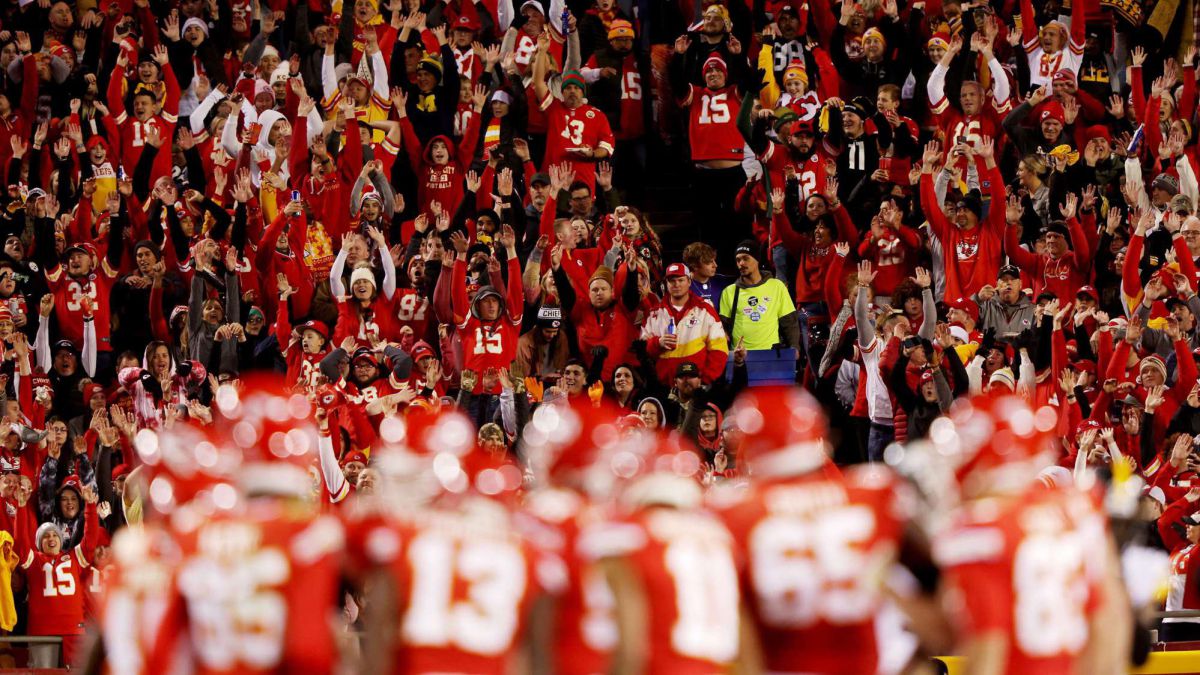 On the last Sunday of 2021 We learned as much as in the rest of the 15 weekends that have been played in the NFL, although the postseason outlook is beginning to become clearer. Until a few days ago, it was cloudier than the punch concentrate left over from Christmas Eve. According to league figures, 24 organizations are still competing for Super Bowl LVI. It’s the most in 15 years, tying the 2006 campaign.

Chiefs, Buccaneers and Cowboys took their respective division titles, the Rams and Cardinals joined the postseason teams but for now only with a guaranteed wild card ticket.

For the good of the Chiefs and Buccaneers and for the bad of the rest of the NFL and Much of the world, the end of 2021 looks a lot like the last days of last year.

The increase in coronavirus cases in the United States and many other countries in the world continue to take over our conversations as if it were a replay of the dark days humanity went through in late 2020.

In the NFL universe, Kansas City and Tampa Bay, like the covid, remain as trends. The protagonists of the last Super Bowl this weekend secured the titles of their respective divisions and are heading with arguments to repeat in 2022 in the great game that the league celebrates in February.

The Chiefs, without much effort on the field, secured the AFC West by comfortably beating the Steelers in a game where they did not have their star tight end Travis Kelce, who entered the covid list.. His misstep within the current season seems like a memory so distant that few remember that this team that entered a black hole.

Kansas City is on fire with eight wins in a row. For the ninth year in a row, Andy Reid’s team can boast a campaign in which they have won at least five victories.

They are legitimate contenders to repeat for the third consecutive year as AFC champions.

A few thousand miles away, the Buccaneers on the last Sunday of the year captured the NFC South for the first time since 2007. Just like the Chiefs did walking into a game against the Panthers. The Bucs racked up 391 yards on offense after being shut out 9-0 by the New Orleans Saints last week. The bad afternoon was behind us and Tom Brady and company celebrated a small achievement.

ESPN’s computer model, Football Power Index, has released its new Super Bowl prediction. Chiefs vs Buccaneers is what millions of simulations of results reveal, who can stop it?

Even before the Cowboys entered their luxurious stadium, they had already secured the NFC East title thanks to a tiebreaker.

But nevertheless, That didn’t stop Dallas from tying the franchise record for points in the first half as they took a 42-7 lead. and they frustrated Washington to the point where defensive tackles Jonathan Allen and Daron Payne were fighting off the bench.

In the visit to Foxborough, the Bills accumulated 428 total yards, almost 200 more than in the first meeting, and they scored 23 more points. They did it aggressively. Buffalo made three of his four fourth-down attempts, one of which resulted in a touchdown. In the fourth quarter, 26-21, Josh Allen booted a fourth down for 8 yards to extend a drive, and threw his third touchdown pass five plays later.

Bills quarterback Josh Allen had one of his best afternoons so far this season. He finished the game with 314 yards and three touchdown passes.n.

In a telling piece of how bad the Patriots had it, for the first time in Bill Belichick’s history at the helm of New England, he couldn’t force a team to punt at least once.

Now Buffalo controls their destiny and they do it with Josh Allen sitting behind the wheel.

The Bengals quarterback, Joe Burrow threw 525 yards with four touchdowns and zero interceptions in the win over the Ravens.

THE RAMS SECURED A PLACE IN PLAYOFFS, BUT RAISE DOUBTS

The Rams clinched a playoff spot with the win, but if Matthew Stafford throws three interceptions like he did Sunday, the team’s postseason trip will be short.

THE BIG MAN CAN ALSO SCORE

For the first time in history, three offensive linemen scored a tochdown in the same NFL week.

Sunday was the best day in Big Man Touchdown history.

Lane Johnson from Philadelphia, Terence Steele from Dallas and the most spectacular of Conor McDermott from NY Jets.