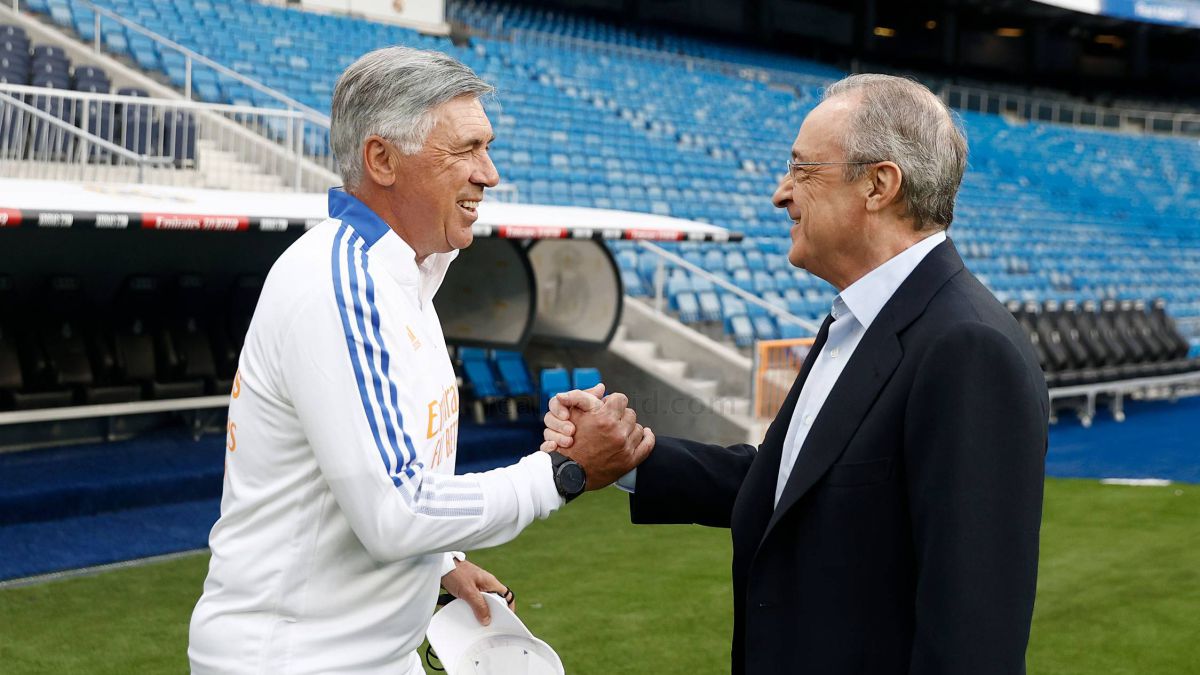 Real Madrid’s efforts for the immediate future focus on two players. They are Mbappé and Haaland, two galactic goals for 2022 that are about to begin and a roadmap on which Madrid is not going to move. The two footballers, who would be added to the two most recent additions, Alaba and Camavinga, would complete the fundamental skeleton of Madrid that must dazzle in its new stadium, which will be completed by the end of next year. And with the arrival of the two, the ‘renove plan’ will be considered closed (although the market is still combing to anticipate a movement for the center of the field, a player of Modric’s characteristics).

The negotiations for Mbappé, Haaland are in very different states. In the first place, it could be said that the signing of Mbappé is almost a fact. Madrid has successfully completed a long-term plan in which it has managed to make the French star burn stages until the end of his contract. To avoid conflicts with an entity of the economic power of PSG (and avoid a last year of waiting for the player), he even presented two mega offers of 180 and 200 million euros by him when the last summer market ended that they were not accepted.

Now, only the round of 16 between Real Madrid and PSG can delay Mbappé’s signing with Real Madrid. The player, according to the latest information to which AS has had access, prefers to wait for the two games to be played (February 15 and March 9) before the rubric. Understand that in this way you will avoid conflicts with both hobbies. And that position is also home to what Madrid thinks. But it will come except for a last minute surprise.

With Haaland things are much more complicated because nothing has been decided. Raiola, his representative, wants to remove him from Dortmund this summer by enforcing the verbal pact he reached with Hans-Joquim Watzke. Madrid, as confirmed by the German leader, has already made it clear that if this movement occurs now, it is interested. But it is better for him to incorporate the Norwegian forward in the summer of 2023. For now, he has Benzema (34 years old) in full force and the two have no place in the eleven (even less with Vinicius exploiting match by match).

Borussia Dortmund still aspires to convince Haaland to continue one more season and for this they will offer him a galactic salary of 14 million euros net per campaign. If this happened, a clause would be automatically activated that would let Haaland leave in 2023 for a certain amount of money which, in no case, would be adjusted to the market. It would be lower. That is the best scenario for Madrid, who bid with PSG (although Haaland is not for the work of playing in France), Manchester City and United for their signing). Borussia has called Haaland to a meeting to determine his position without further delaying the decision.

Rüdiger in the background.

Rüdiger is another of those occasions that the market offers. It is the same case as Alaba. He ends his contract in June and beyond the high salary he intends to earn, it is a good operation considering that he is 28 years old and has a long career ahead of him. The player’s representatives are filtering that the operation with Madrid is channeled, however, from the white entity they slide that this movement is in the background. PSG is also interested.

In the offices of the Bernabéu they are very happy with how the central position has been filled with players like Militao and Alaba this season. If Rüdiger finally came, he would be paired with Militao and Alaba would have the opportunity to project more to the wing attack (with the position covered to spare, also with Mendy). But that move for the Chelsea center-back is now not a priority in the White House.