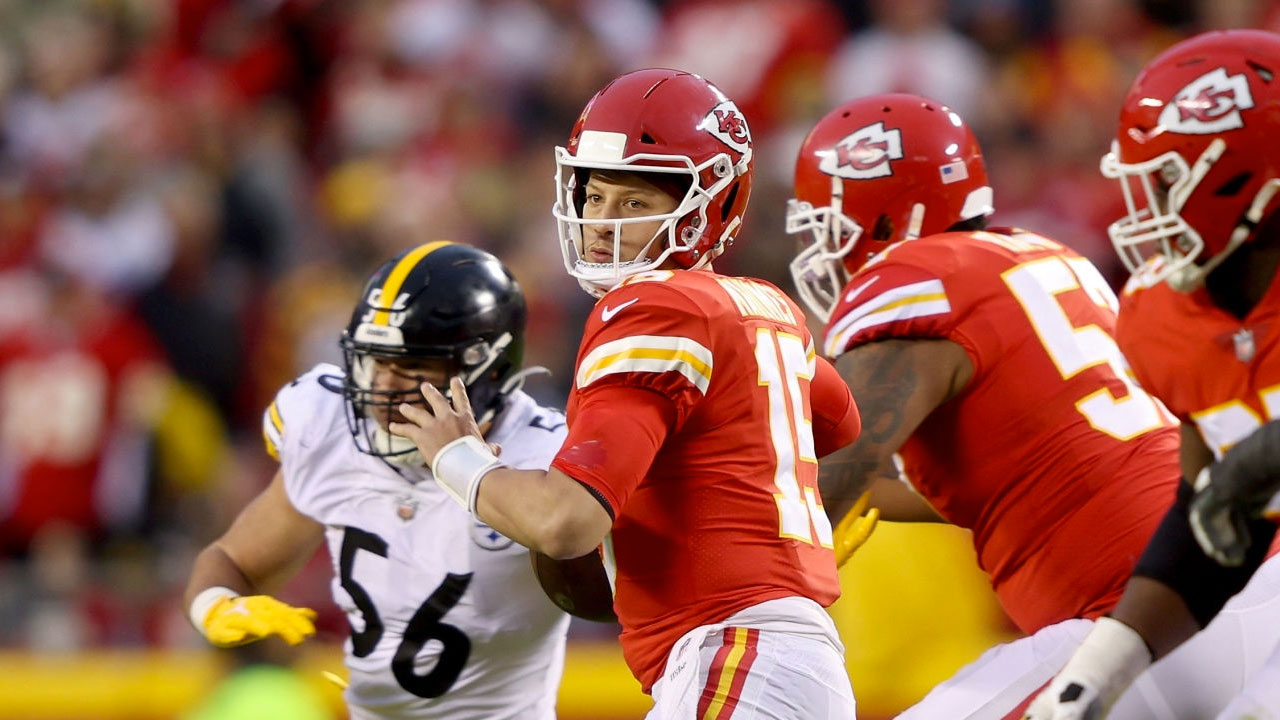 The Cardinals are sinking, Joe Burrow looks relentless against the Bengals, and two weeks into the 2021 NFL Season it looks like things are getting back to normal. We talked about this and other things From the Shotgun Formation.

Every year before the regular season begins, predictions are made of how things will turn out in the NFL. We all give our opinions on who will make the postseason, who will win the main prizes, and we even venture to predict who will win the Lombardi trophy at the end of the season.

Needless to say, this is a mere hobby, because most of the time reality has nothing to do with predictions. But this year things, at least in some parts, are returning to the course of logic.

Take the AFC, for example. At the start of the season, the Chiefs, Bills and Browns were projected to be the top three title contenders, and for most of the 2021 NFL Season things were saying something else entirely. The Chiefs started 3-4, the Bills hit a pothole that included a surprise loss to the Jaguars and then a slump that sent them to second place in the AFC East. The Browns, for their part, have suffered a real roller coaster of injuries, COVID cases and a division where anyone can win.

Now that week 16 is ending, it seems like the waters are picking up again: The Chiefs are the best team in the AFC and the Bills just regained first place in the East. True, the Browns are on the brink of elimination, but let’s just say that Cleveland living up to expectations is also normal in the NFL.

The same could be said of the NFC, although it is still not so clear there. The Rams, who started as the clear favorites to fight the Buccaneers for the conference championship, finally recovered the first place of the NFC West, and the first classified teams correspond (for the most part) to what we expected from this conference .

So apparently the NFL is closing its season aimed at giving us a sense that logic is taking over in most cases. Obviously all the playoff spots need to be defined and we get to the Super Bowl, but at least for now we can feel calm: not all of our preseason predictions are lost.

We are getting closer to the postseason and the games are getting more and more interesting. That is why there are many things that catch my attention, but among all these are the most important:

1. Downward spiral. The Cardinals theme is very interesting. This team went on to have the best record in the NFL at 10-2 after Week 13, but they have suffered three consecutive losses that generate a good amount of questions. The most recent, against the Colts, was one more sign that his defense is struggling, especially since he was not able to dominate what was Indianapolis’ backup offensive line.

Right now, the team that had a 7-0 record looks distant and the reality is that the Cardinals are 3-5 in their last eight games. Right now they are a regular team that will get into the playoffs because of the momentum they had at the beginning of the season.

2.More of the same. For many years the theme with the Chargers has been the same: they have a lot of talent, they generate high expectations … and they end up disappointing at the end of the season (or in the playoffs, if they make it). This year, things have followed that same course, and the ultimate expression of this came with the loss to the Texans. Yes, it is true that they had several COVID casualties and injuries, but that does not justify being beaten by a team that lacks talent in basically all its lines.

Although they are still in the fight for the postseason, it seems a fact that if they arrive, the destination will be more or less the same as that of the last twenty years. We will see if in these two weeks that remain they manage to turn that narrative around.

3. Impressive indeed. Among all the things that happened in week 16, one of the most striking was the performance of Joe Burrow. And it is that beyond the 525 yards he threw this week against the Ravens, his numbers against Baltimore this year are of historic proportions. Burrow threw for more than 900 yards against the Ravens, adding the two games of the season, something that had never happened in a team that had lived as a victim of Baltimore for so many years.

These may be the kind of victories that forge the character of a traditionally losing franchise for the decade to come, and enrich this divisional rivalry that until now seemed highly charged on one side.

After what happened in week 16 of the 2021 NFL Season, here are some things I think I know:

1. To review. The game against the Packers was yet another reminder to the Browns to take a long time before deciding what to do with Baker Mayfield. Against Green Bay he threw four interceptions and the first three were very important, as they produced 21 points for the Packers. Cleveland has a good running game and a solid defense, so now they can afford to see what options there are at the QB position beyond the current one.

2. Pure oxygen. One of the biggest wins of the week was the one the Bills had over the Patriots. And it is that, beyond the immediate meaning – regaining the leadership of the division – this victory represents a return for the Bills, who were entering a downward spiral. For a team that is called to fight for the Super Bowl, defeating its eternal rival to restore the order of things was crucial, and could be its turning point towards the postseason.

3. Inevitable. The Seahawks’ loss to Chicago is the best sign that changes must come in Seattle. I don’t know if it should get to the point of firing Pete Carroll, but it seems that Russell Wilson’s stage has come to an end. The Seahawks will have to think hard about what’s next, but it’s clear that the worst thing they could do is stay exactly the same and hope a couple of moves in free agency will solve everything.

To stay alive. The Dolphins and Saints enter Monday hoping to stay in contention for a postseason berth. In the case of New Orleans, things look complicated because they have a lot of COVID cases and that has forced them to go with Ian Book as the starting QB. For Miami, the situation is a little more favorable, since they have not been so hit by this virus. I think the good moment in Miami, mixed with the situation that the Saints have at the QB position, tip the balance in favor of the Dolphins.

Although the Saints defense is good, I am staying with the Dolphins for this game. Plus I love the idea of ​​talking about how they went from 1-7 to 8-7.

This week the Eagles rose considerably in the NFC standings, so the song of the week is dedicated to them:

We get to the point of the year where everything is bowls, so let’s make a few notes:

As if that weren’t enough, this is the third time UCF has finished with the best record in the state, something they did in 2017 and 2018. This result ends a very disappointing season for Florida, which goes home with a mark of 6. -7 and with the dubious honor of having recorded his first loss to a Florida team other than Miami or Florida State since 1938.

2.Military victory. Army closed a very positive season by winning the Armed Forces Bowl over Missouri by a score of 24-22. The Black Knights beat the Tigers with Cole Talley’s last-second field goal, which was the longest of his season (41 yards), by the way. With this, Army says goodbye to the 2021 season with a 9-4 record, while Missouri closes 2021 with a losing record (6-7).

3. The bowls follow. This week we will have many more bowls, and this is the list of games for the next days: (Note: College Football Playoff games are marked in bold)

Winning in New England is tough. Winning in consecutive years is much more difficult:

The @BuffaloBills are the first team to win at New England in consecutive seasons since the 2005-06 Colts.

They are also the first team to win by double-digits at New England in consecutive seasons since the 1995-96 Broncos pic.twitter.com/En92qZhSWN

Bad Tackling Video of the Week

Although the subject in this play was the carry of Zach Wilson, the truth is that the terrible tackle of the Jaguars draws much more attention:

The Two-Point Conversion Video of the Week

This is what John Harbaugh has sought a couple of times this year (to no avail): hitting a two-conversion touchdown to avoid overtime.

Bears take the lead with the two-point conversion!

The reception video of the week

The Bengals had a great day in the passing game, and one of the most spectacular plays was this reception from Tee Higgins:

Tee Higgins makes a spectacular catch with two defenders around him! #RuleTheJungle

Here we end this installment of our column. You already know that you can leave me here below this article in the comments or on my twitter account your suggestions for topics to be covered From the Shotgun Formation. You can also share videos with me that you think should appear in one of the weekly sections.

From the Shotgun Formation: Back to Normal – Week 17 NFL Season 2021