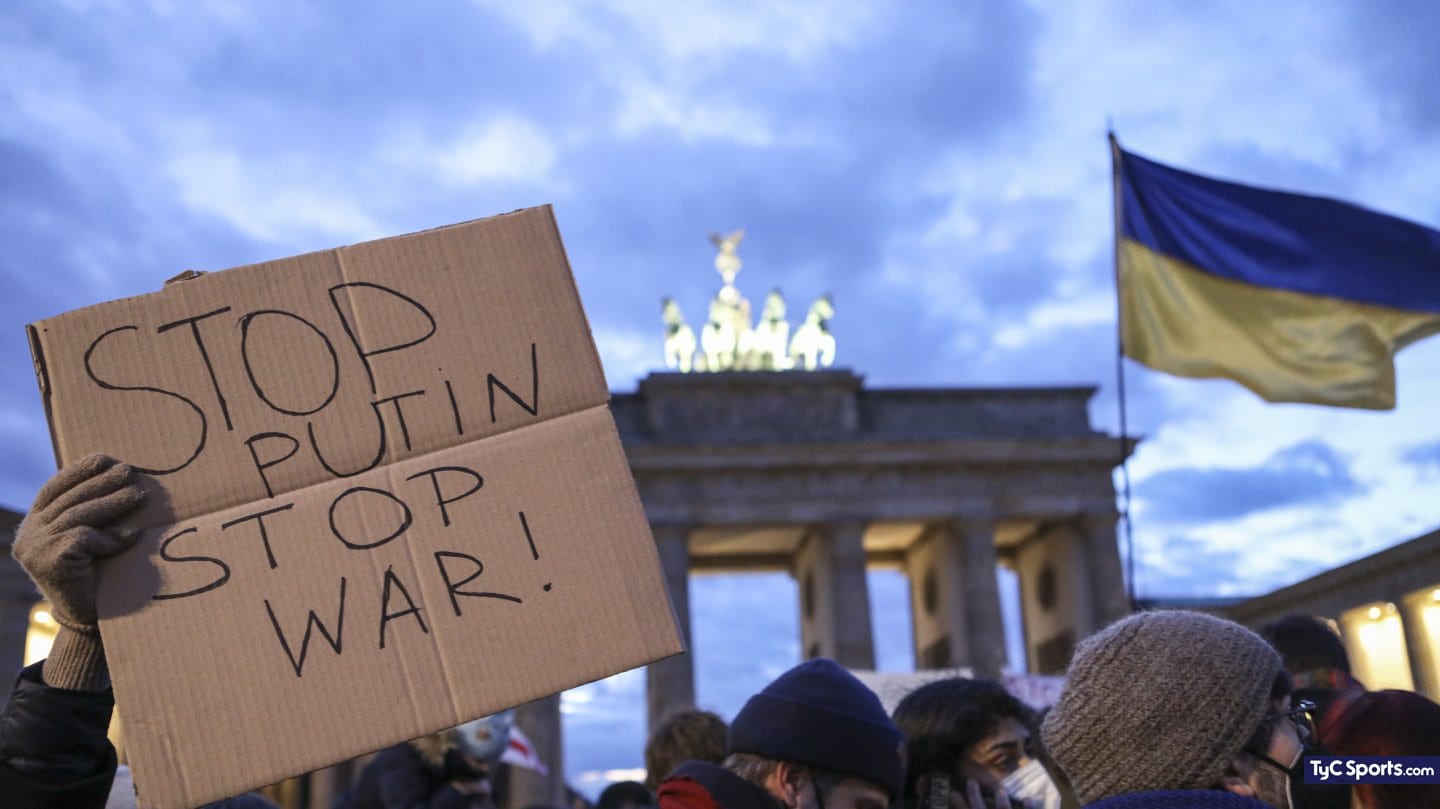 From not going to the World Cup in Qatar or participating in the Paralympic Winter Games to having to participate without a flag in the different competitions. Review the announcements of each Federation after the Russia-Ukraine war.

LRussia’s invasion of Ukraine had a significant impact on the world of sport and, little by little, the different entities were announcing sanctions for both Russia and Belarus.

Undoubtedly, one of the most resonant of the measures FIFA took it by leaving Russia without the possibility of going to the 2022 Qatar World Cup. The team led by Valeri Karpin had to face Poland next Thursday, March 24 in Moscow, for the Repechage of the European Qualifiers, but the highest body in world football decided to eliminate it from the competition.

“We believe that this decision is contrary to the rules and principles of international competition, as well as sportsmanship. It is clearly discriminatory in nature and harms a large number of athletes, coaches, club employees and national teams and, what is most importantly, to millions of Russian and foreign fans, whose interests should be protected by international sports organizations in the first place,” The Federation responded in a statement.

One by one: all sanctions on Russia and Belarus for the war in Ukraine

Through an official statement, the International Paralympic Committee reported that the Russian and Belarusian athletes will not be able to compete in the 2022 Winter Paralympics for the invasion of the country led by Vladimir Putin to Ukraine.

Yes OK initially The Committee had determined that the athletes from Russia and Belarus could participate as neutralsafter threats from various countries and athletes to refuse to compete, the body changed its decision.

Andrew Parsons, president of the IPC, explained the determination as follows: “In the CPI we firmly believe that sports and politics should not be mixed. However, war has come to these Games and behind the scenes many governments are influencing our great event. Many teams have contacted us asking that if we do not reconsider our decision on athletes from Russia and Belarus, it could have serious consequences at the Beijing 2022 Winter Paralympics. Several national committees have threatened not to compete“.

Also, referring to Russian and Belarusian athletes, the statement said: “To the Para athletes of the affected countries, we are very sorry that you are affected by the decisions to break the Olympic Truce that your governments took last week.. You are victims of the actions of your governments.”

One by one: sports sanctions against Russia for the war in Ukraine