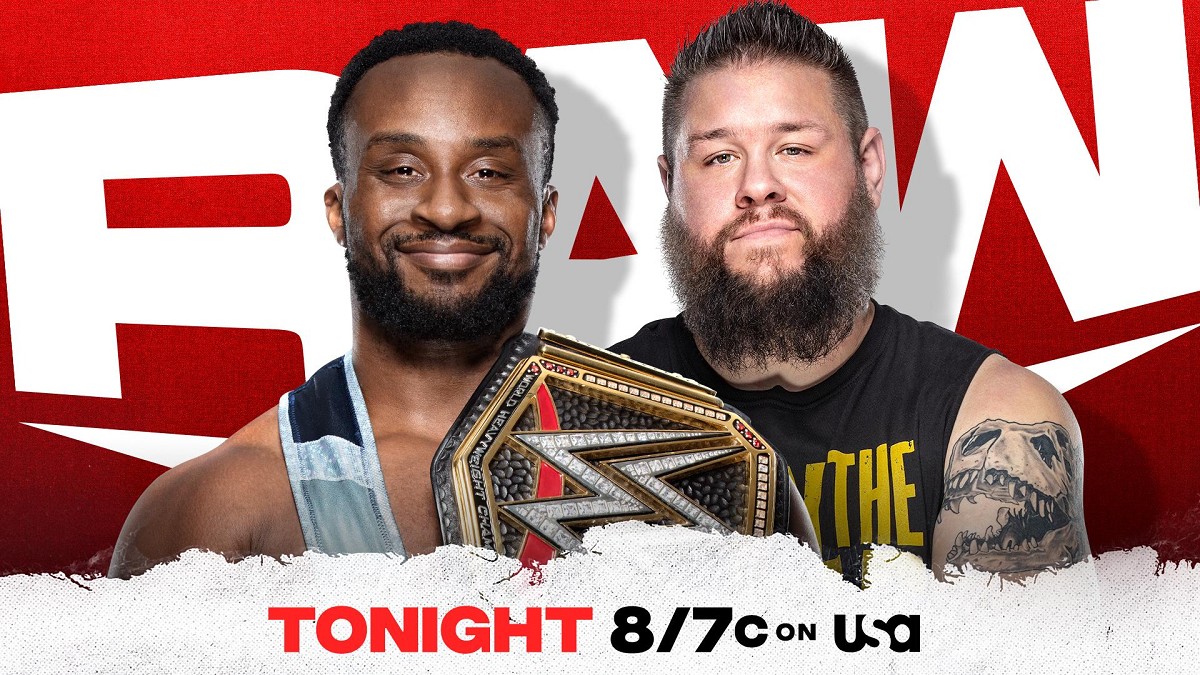 USA Network will air episode number 1,488 of Monday night raw this Monday, November 29, 2021 live from the UBS Arena at Belmont Park in Elmont, NY. This week’s show features several attractions, such as a Big E vs. Kevin Owens, a defense of Damian Priest’s WWE United States Championship against Apollo Crews, or the return of Edge.

Seth rollins He opens the show by saying that after what happened last week, people expect to see him in a bad mood. However, he assures that no one will be able to bring him down, and announces that he has good news to deliver: On WWE Day 1, Seth Rollins will challenge Big E for the WWE Championship. Rollins says that the beginning of the year will be the beginning of an era, because he is a visionary, a revolutionary, he is Seth freaking Rollins.

The music of Finn Bálor begins to sound, and runs into the ring to attack his opponent. The fight goes to ringside, where Bálor finishes Rollins with a Slingblade against the barricade of the public and later against the commentary table. Seth recovers, enters the ring and connects a Suicide Dive, although Bálor responds instantly with a Slingblade and hitting him with the metal steps.

Seth Rollins vs. Finn Bálor
Bálor looks for the Coup de Grace, but Rollins escapes outside, so he hits him with a Butt with Twist. Rollins attacks Bálor with the top rope on a guillotine, but momentarily collapses, so Bálor climbs to the third rope to attempt the Coup de Grace. Rollins destabilizes him, Superplex and Falcon Arrow for the count of two. Bálor receives Rollins with his knees up and a cradle after a Frog Splash, Double Foot Stomp but Rollins reverts a Slingblade to another of his harvest followed by a Thrust Kick for the count of two. Rollins looks for the Curb Stomp and Bálor welcomes him in a Slingblade. Rollins escapes from a third attempt by the Coup de Grace and Rollins from another attempt by Curb Stomp. Rollins escaped 1916 with a picket in the eyes, Rolling Elbow to the back of his neck and Curb Stomp for victory.
Winner: Seth Rollins via pinfall.

Austin Theory breaks into the office of Vince McMahon. Vince congratulates him on his fight against Big E last week and announces that they will watch Raw together from his office, since he sees in him a good project for the future. However, he warns him that he will kill him if he dares to steal something from him again.

We remember the verbal exchange between Becky lynch and Liv morgan last week on Monday Night Raw: The Raw Women’s Champion made fun of the future hopeful, so Liv ended up attacking her. In the ring Sonya deville he is about to present the signing of the contract between Becky and Liv. Becky says Liv must be grateful to have her first contract signed because of her. Sonya confirms that the match between the two will be held next week on Raw. Becky continues to taunt Liv and the local hockey team, until she is interrupted by the hopeful. Liv says that last week she channeled her frustration with a right hand, and remembers how a few days ago, Becky cried in frustration after her match against Charlotte flair. Liv claims that she has learned from all of Becky’s mistakes, and that if her punch last week wasn’t enough to show her power, she will show it now. Sonya has to separate the two, while Becky launches a challenge for tonight: Team Becky vs. Team Liv. Liv responds: “You have always been too weak to be a leader, so I accept the challenge.”

. We remember how last week, Riddle – disguised as Randy Orton – defeated Dolph Ziggler with an RKO. Backstage, Riddle wonders why Randy hasn’t dressed up as him. Although Randy understands their intentions, he believes that it is not necessary to dress up to be successful champions. Riddle understands him, but asks him to please close his eyes. Randy does so and Riddle puts a wig on him, something that really annoys “The Viper.”

Raw Tag Team Championships
RK-Bro (Randy Orton and Riddle) (c) vs. The Dirty Dawgs (Dolph Ziegler and Robert Roode)
Ziggler and Roode attack the champions from behind before ringing the bell and proceed with a Powerbomb-Neckbreaker combination on Riddle, followed by a catapult-assisted DDT. Eventually, Riddle gets Ziggler to crash into the protectors of one of the cornerbacks and gives the relief to his partner, who lands a Powerslam. Looking for the DDT with the ropes, Roode assists Ziggler from ringside. Ziggler escapes a Backdrop Suplex attempt against the commentary table and finishes him off with a Thrust Kick, while Roode steals the Backdrop Suplex from Randy to hit Riddle. Roode with a Neckbreaker to Randy back into the ring, although the champion manages to overcome with a Backdrop Suplex. Riddle receives the relief, Soccer Kick to Roode, Suplex to Ziggler and Brotons everywhere. Roode and Roode escape a stereo RKO attempt, with the latter surprising Randy with the ZigZag and getting a nice nearfall in their favor. Randy dodges a Thrust Kick, Ziggler escapes from a roll-up and falls into the clutches of the RKO.
Winners and STILL Raw Tag Team Champions: RK-Bro (Randy Orton and Riddle) via pinfall.

Backstage, Kevin Owens meets with Seth rollins, and announces that if he defeats Big E tonight, he will be added to the WWE Day 1 title match. Rollins is equally upset and incredulous.

Seth rollins complains to Adam Pearce on the possible addition of Kevin Owens on WWE Day 1. Pearce claims he never said anything to Owens, so he assumes he’s lying. Rollins leaves happy, but Sonya deville arrives at the office. Pearce asks Sonya if she knows anything, to which she replies that it’s not a bad idea.

Edge makes his return to Monday night raw. He begins by saying that his absence is because he has been recovering from his war against Seth Rollins inside a Hell in a Cell. However, he’s back on Raw, and now he has a whole new range of rivals to keep an eye on: AJ Styles, Kevin Owens, Finn Bálor, Damian Priest or Big E. However, Edge is interrupted by The Miz, accompanied by Maryse, who also makes his return after several months of absence due to his stint at Dancing With The Stars. Miz complains that Edge has gotten all the spotlight for his comeback, all the headlines, and wonders if his entire career is based on “big comebacks”, while for his part, his career is based on being regular. on television and in representing WWE in hundreds of media.

Miz goes on to say that he has heard the list of opponents Edge wants to face, and that he has realized that it is not on his radar. Edge knows that Miz has interrupted him because if he does, he will be directly in the main event. Miz asks for respect, and remembers that six months ago, he was WWE Champion. He wonders when Edge was the last world champion, remembering that it was the match he opened WrestleMania XXVII while he was the main event against John Cena. Edge says the main difference between him and Miz is that Miz has been gifted everything. Edge challenges him to take action right now, but Miz is clear: “No.”

We remember how last week AJ Styles and We hear were attacked with a fire extinguisher by Street Profits. Sarah Schreiber asks them why they think they were attacked, to which Styles says they resented being defeated before them. Styles warns that the Profits will end in flames.