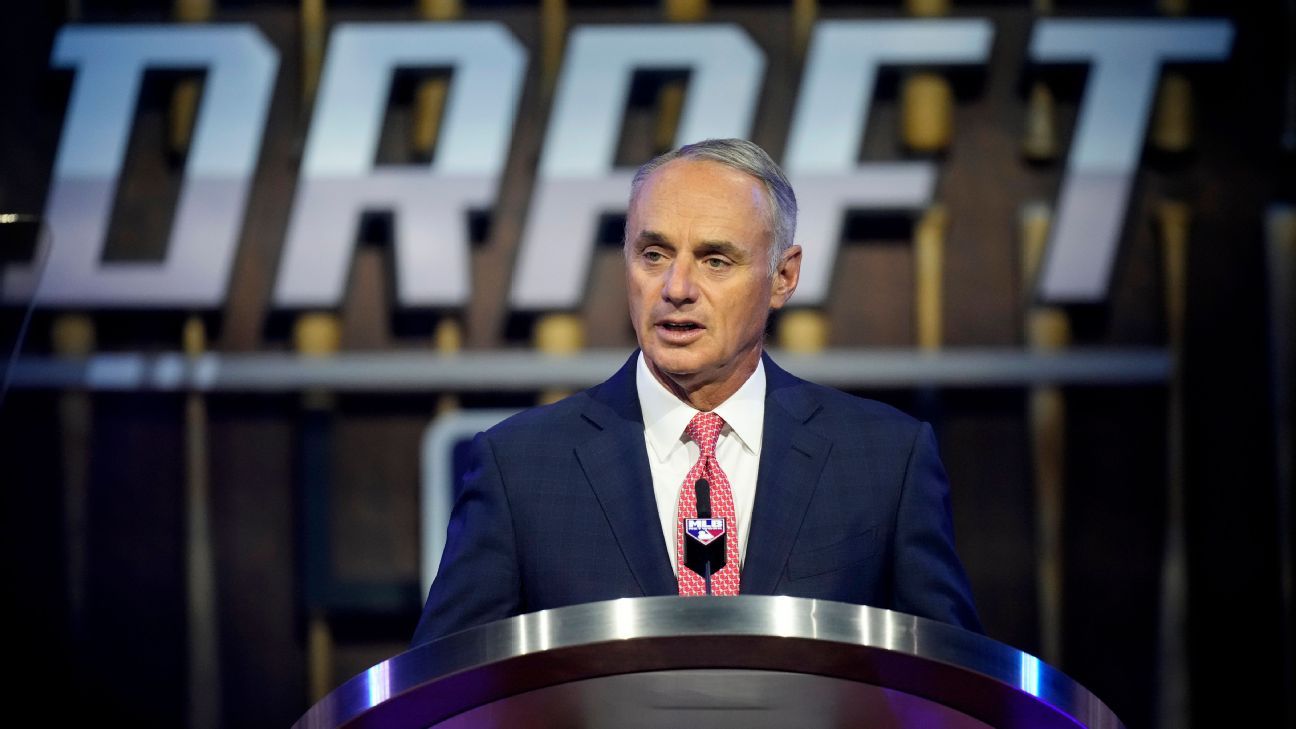 The expanded playoff proposal, as part of a new collective bargaining agreement between owners and Major League Baseball players, includes the ability for division winners to choose their wild-card opponent, according to sources familiar with the negotiations.

The format would require 14 teams – seven from each league – to reach the playoffs, four more than those currently playing in the postseason. The three division winners in each league would join four wild card teams to form the playoff field. This is how it would work:

• The team with the best record in each league would earn a pass to the best-of-five division series.

• Once the matchups are set, the top-ranked teams would host all three games in a best-of-three wild card round.

• Winners in the wild card round would advance to the divisional series and the playoffs would continue as they have in the past.

One concern with the proposed format is free time for the top seeds as the wild-card round progresses, with teams hosting all three wild-card games on consecutive days.

There are mixed feelings about the proposal, according to sources. Players contend that it could discourage teams from spending and / or pushing for more wins knowing they could make the postseason with, say, 80 to 83 wins. Or less.

The league believes incentives for top seeds – like having a break or picking your opponent – will keep teams aggressive both in the winter and throughout the season. Plus, it opens the door for a timeless 75-win team now to look for around 80 wins to make the postseason.

An informal survey of executives at general manager meetings earlier this month revealed they weren’t excited about the idea of ​​a televised event Sunday night before the playoffs begin where opponents would be chosen.

Of course, the expanded playoffs would be a windfall for the owners in terms of TV and ticket revenue, but they would also add more than 100 players to the postseason spotlight, where reputations are polished. Players also earn playoff bonuses for each round their team wins in October.

The playoff proposal has been on the table for months as the parties negotiate a new collective agreement. The former expires at midnight on December 1.

A more recent addition to the negotiations is an NBA-style lottery system for the draft. The league believes it will address, at least in part, concerns about the future of players. Right now, the team with the worst record in baseball gets the top pick in the amateur draft the following summer. It has created a “race to the bottom,” as agent Scott Boras put it earlier this month.

The league offers a system in which all teams that are not in the playoffs would have a chance to be voted No. 1, not just the team with the worst record. The worst team would still have better odds than the second worst team, and so on, but in theory, any team not in the playoffs could end up with a top-three pick.

The lottery would only go to picks No. 1 through No. 3, then the draft would continue as it has in the past, based on the regular season record. Playoff teams would choose based on how they finished in the postseason. The winner of the World Series would choose the latter.

It is not clear if any of the proposals will be implemented in the new collective agreement.

They negotiate extended playoffs and lottery in draft