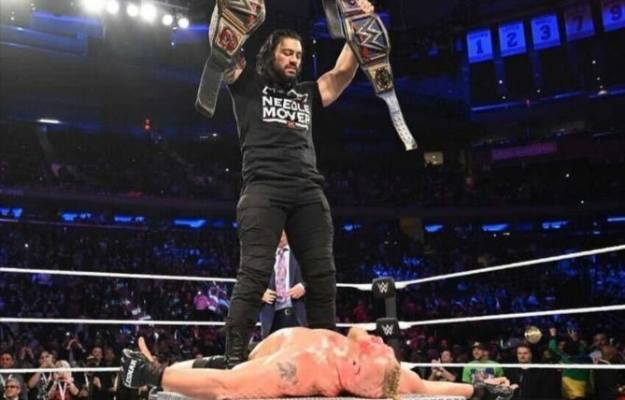 The American company, WWE presented its last Live Event from the most famous stadium in the world, Madison Square Garden in New York City and here we leave you the results of it. This event featured appearances by superstars from Monday Night Raw and Friday Night SmackDownand with respective defenses of the WWE world championships.

There was a total of 8 official fights, where six of them were headlines. It should be noted that the challengers to the Men’s World Championships had not yet been declared until the event began.

The Miz hosted MizTV with special guest Kevin Owens. The latter spoke about what happened to Logan Paul at WrestleMania last year. When Miz asked for a reminder, Owens gave him the stunner and left. Later, there was a confrontation that ended in a hug between Owens and Sami Zayn.

“BROCK LESNAR… ACKNOWLEDGE ME!”#UniversalChampion @WWERomanReigns shocked the @WWEUniverse on the road to #Wrestlemania at @TheGarden by standing tall over #WWEChampion @Brock Lesnar following a vicious attack at #WWEMSG!@HeymanHustle@WWEUsos pic.twitter.com/139BzXOJps