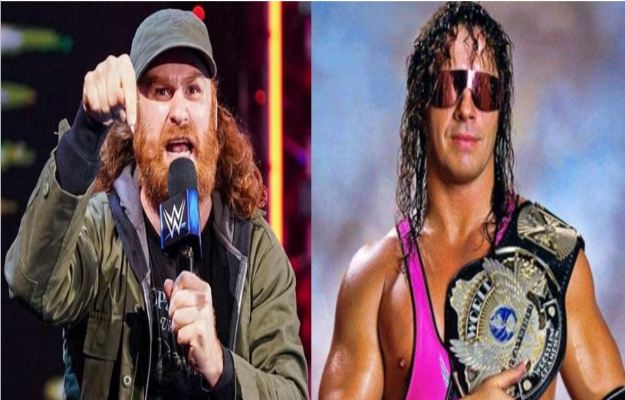 During a recent edition of a podcast, the Canadian sami zayn has spoken about the Canadian legend of WWE Bret “The Hitman” Hart Sami believes in his opinion that Hart is underrated Find out all the information in PLANET WRESTLING you WWE website.

Old-school fans fondly remember the career of the Canadian legend, Bret “The Hitman” Hart, this reaped world championships and historical moments, his last fight in WWE was vs the same Vince McMahon in 2010, now it is in AEW being manager of the FTR team.

A Canadian superstar of the current era was interviewed on the podcast Out of Character with Ryan Satin and there started talking about Bret Hart, to the surprise of many Sami said that in his opinion Bret Hart is very underrated.

“The sniper is the first thing that comes to mind because I love Bret, underrated, by the way, controversial statements, underrated Bret Hart. When we talk about Bret Hart we say, ‘Oh, of course, he’s the best.’ But for some reason, when people talk about the best it’s not the first thing that comes to mind, and it should, people talk about Flair, The Undertaker, Shawn and more people. Oh and also Bret Hart. Bret Hart is at the top of the list. Like a craftsman. It’s all subjective, but there are a lot of things, and as far as skill, no one was better than Bret, Flair was doing amazing promos, Dusty was doing amazing promos, Shawn was good at several different things, but as far as agility Bret is the man, he’s the man without a doubt, and as crazy as it sounds is undervalued ”.

A fighter’s arsenal may have to do with his quality in the ring, Bret Hart in particular was called the excellence of execution for how perfectly he executed his moves, for that and the charisma that connected with the public through the years He is considered a legend today.

Sami Zayn gives his opinion on Bret Hart in WWE