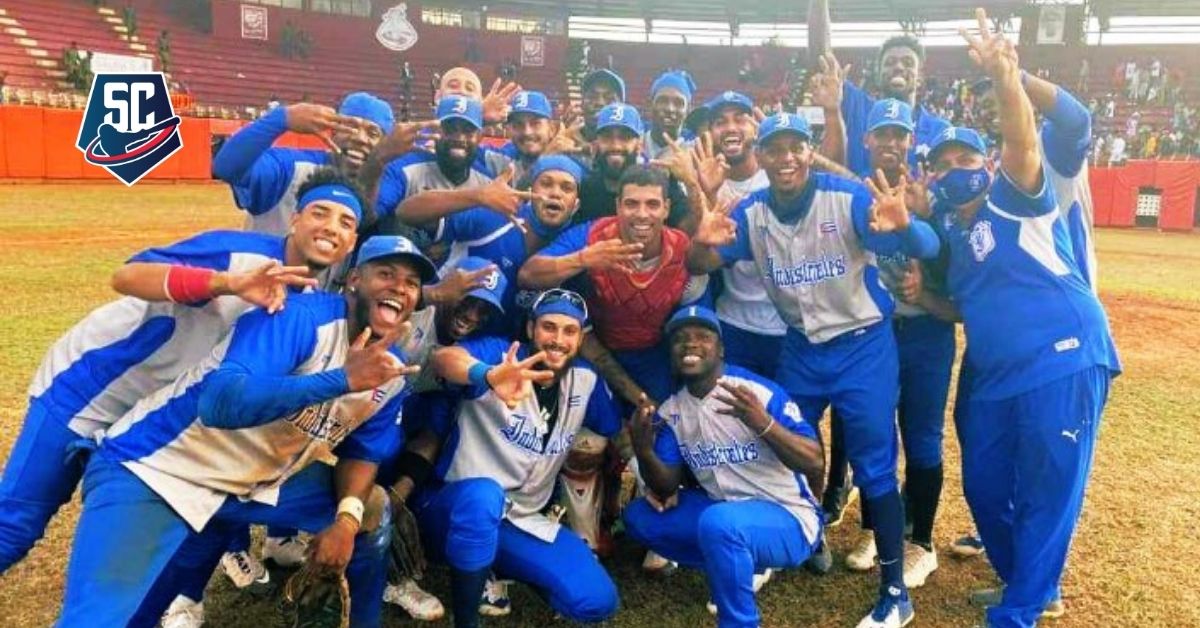 Industriales confirmed their great moment and swept Mayabeque in the Nelson Fernández, a result that allowed them to climb to fifth position in the 61st National Series. In a duel prolonged by the rain and darkness, the Lions relied on timely batting and the spectacular relief of Erick Christian González to seal the broom against the Hurricanes, who fell to sixth place in the table.

Of the results of the day, this was not the only one that caused movements in the championship. Matanzas was dominated by Jonathan Carbó and fell to ninth place, so they were left out of the spaces that give access to the playoffs for the first time this season, while Pinar del Río moved two games away from the qualifying zone after losing the subseries. Meanwhile, Guantánamo defeated the Roosters from Sancti Spiritus for the second consecutive day and won the particular duel.

In a game stopped by rain and darkness on several occasions, Industriales overcame Mayabeque and achieved a crucial sweep in the final stretch of the 61st National Series. Almost five hours had to wait for the outcome of the match, which was about to be sealed when the Lions had an advantage in the seventh episode. However, the protagonists endured with great patience and were able to finish after six in the afternoon.

The Blues came out ahead in the same opening episode with a lengthy double by Andrés Hernández, who came within inches of his ninth home run of the season. The hit found a couple of runners in circulation who passed through the register before the gaze of Mayabeque starter Yadián Martínez.

The Hurricanes responded quickly and matched the actions, taking advantage of Pavel Hernández’s lack of control, a costly error by Yasiel Santoya and an RBI single by Juan C. Fernández, but Industriales took the lead again in the fifth due to Yosvany Peñalver’s rocket that drove in two racing.

However, the party was far from defined. In the sixth, Yasniel González hit a home run that brought Mayabeque closer to 4×3 and decreed the departure of the capital’s starter, Pavel Hernández, who had only allowed a couple of hits in the first half of the match.

With a minimum difference on the board, reliever Erick Christian González then entered, who made a magnificent job of 3.2 innings without allowing freedoms (two hits in 12 official at-bats) to the Hurricanes. The right-hander appealed at all times to his straight line over 90 miles, with which he got his third save of the season. Fortunately for him, Walter Pacheco gave him a break and with a sacrifice fly in the eighth he drove in the run that put definitive numbers on the scoreboard (5 × 3).

In this way, Industriales got even for the sweep suffered against Mayabeque in the Latin American park. Now the blues passed the broom in a subseries of three games, so they stayed with the victory in the particular commitment. In addition, they climbed to fifth position in the championship, while the Hurricanes dropped to sixth.

Guantánamo struck down the Gallos

The Roosters from Sancti Spiritus have not lost a sub-series since mid-February, two months ago, but the streak was interrupted this week against the least expected rival. The Indios del Guaso won a couple of games against Eriel Sánchez’s ninth, who after two defeats fell to second place in the standings.

After Wednesday’s stumble, the Sancti Spiritus hoped to resume the victorious path this Thursday with their best card, right-hander Yoen Socarrás, but in baseball you don’t win with pitching alone, it is essential to hit. The bats of the central cast were frozen against the combined work of Ernesto Góngora, Frank Navarro and Yeudis Reyes, who struck out nine and only allowed two runs along the entire route.

Góngora pitched the first six innings at a rate of three hits and six retired by way of strikes, although it was complicated on more than one occasion due to four walks. However, the Gallos could only mark him twice due to a solo home run by Yoandy Baguet and an RBI by Yunior Ibarra.

Navarro entered the seventh and retired two innings to score his second victory of the season, while Reyes recorded his sixth save of the season after finishing the ninth without major setbacks. In this last third, the two pitchers from Guantanamo struck out three rivals and did not walk or allow runs.

In offensive matters, the eastern squad had a hard time producing against Socarrás, Yankiel Mauri and Yanieski Duardo, to the point that they hit three times for a double play. However, in the end they made their three goals by trailers from Pedro Pablo Revilla, Robert Luis Delgado and Yoelkis Baró, enough to get the 3×2 victory.

Matanzas: Right now out of the postseason

A great mounding task by right-hander Jonathan Carbó silenced the stands of the Victoria de Girón park, where this Thursday the Matanzas Crocodiles lost 3×1 to the Isla de la Juventud Pirates and left the qualifying zone for the first time in the season , something that many yumurinos saw coming after a streak of more than 20 losses in the last 30 games.

Carbó retired 8.2 innings against the Matanzas, who only connected seven hits and made him a run when picking up the bats. The right-hander from Pinero struck out six, gave away a couple of walks and only needed to get the last out of the duel. Franklin Quintana was in charge of that mission, who scored his ninth save of the contest.

The Pirates were in advantage throughout the game thanks to two trailers by José Luis Bring and Aquimo Jiménez, although it is worth noting that they also took advantage of two ivories from the yumurina defense to make a dirty run.

Noelvis Entenza and Camilo Deulofeu did not do badly off the mound for the Crocodiles, despite their eight walks. The two pitchers put their arms in more than one occasion, to the point that the pineros left 12 runners in circulation.

The defeat of Matanzas was combined with the triumphs of Santiago de Cuba and Holguín, which were tied for seventh position. Now the yumurinos are out of the classification zone, so they will have to row against the current in the final stretch of the championship.

If Sancti Spíritus had not lost a sub-series since mid-February, then Cienfuegos had already gone more than two months without winning a particular duel, until they finally broke the streak this Thursday against some downtrodden Pinar del Rio. The Elephants dealt another blow to the Vegueros, who are unable to get back on their feet and are now separated by two games from the qualifying limit.

This Thursday’s defeat, in particular, was a blow for the Vuelta Bajajeros, who were six outs from victory. Pavel Quesada’s three-run homer in the eighth inning turned the scoreboard around and opened the gap in favor of the Sureños, who produced a five-run rally against relievers Leodán Reyes, Isbel Hernández and Yasiel Zambrana.

This trio of firefighters gave away four walks and allowed four hits, enough to blow a minimum 5×4 lead. As we already mentioned, Quesada’s homer was crucial, but second baseman Frank Peralta and the first three of the batch also contributed to the Cienfuegos cause: Luis Vicente Mateo, Richel López and Yusniel Ibáñez, who drove in six runs together.

From the mound, the southerners’ ace, Hermes González, was not as dominant as in previous outings (he allowed 11 hits and five runs in 7.2 innings of work), so he was unable to win his eleventh tournament victory, although he only walked and struck out three from Pinar del Río. Taking over from him was Abel Campos –ultimately the winner–, who allowed three runs, two of them unearned, but managed to finish the match.

The defeat of Pinar del Río and the victory of Isla de la Juventud equalized them both in the standings (27-29), where they are two lines away from the last places that give access to the postseason.

In other results of the day, Santiago de Cuba knocked out Ciego de Ávila 12×2, Las Tunas beat Granma 10×1 and Holguín completed the sweep over Camagüey, with its 3×1 victory, while the sub-series between Villa Clara and Artemisa was suspended due to positive cases .