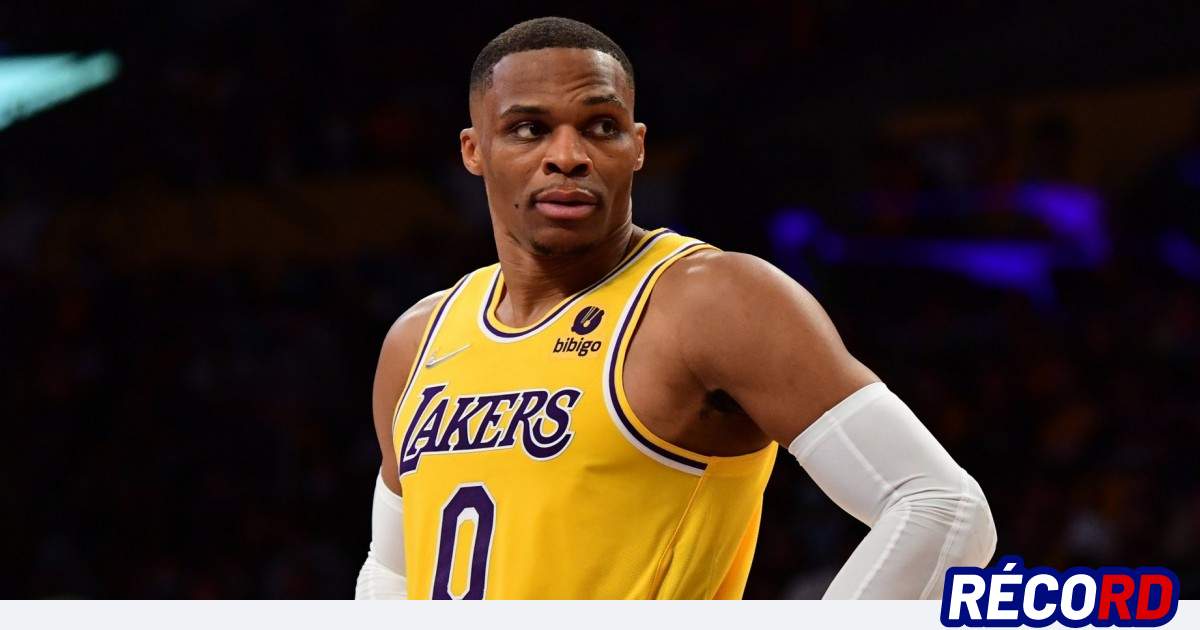 The most disastrous season in the history of the Los Angeles franchise ended when the legendary team could not even advance to the Play In of the NBA. Being disqualified despite the pieces that came together in the team, was definitely the straw that spilled the cup of a season, which featured health problems, poor management, many rumours, little chemistry and poor results.

Several days ago the team fired Frank Vogel, leader of the last three tournaments and with whom they returned to glory in 2020, but apparently things did not end there. In addition to Vogel, the figure indicated is Russell Westbrook, who has become the scapegoat and on whom the poisoned darts fall in the face of the possible reconstruction that is coming.

Los Angeles Lakers fire Frank Vogel. The coach who made the team champion in 2019/20 directed his last game last night in Denver.

Without a doubt Westbrook is partly to blame for what we saw this season, he had numbers below expectations. But the main weight must fall on the Lakers’ decision makers, the management that decided to trade a championship-level depth for Westbrook, who earned a $44.2 million salary and has a $47.1 million player option next season. season.

With the arrival of Westbrook, coupled with the salaries of James and Davis, the team committed most of its budget, causing them to seek out role players who ultimately didn’t do their job. They went from being a two-star team with poor shooting and a defensive identity to a poorly adjusted three-star team with poor shooting and no defensive identity.

Many insiders understand that Westbrook will decline his $47.1 million option next season, which would be a relief for the team in its rebuilding aspirations, but what if Westbrook wants to pick up his option?

Deng signed with the team in 2016 for four years, $72M and played a total of 57 games. Deng’s contract was then stretched.

In theory, the Lakers could buy Westbrook out and stretch the remaining salary after the purchase over three seasons ($12.3 million to $14.7 million a year), using the method they used with Luol Dengwho recently finished receiving his last paycheck, after the team opted to resign and extend his contract in 2018 to lessen the impact on his salary cap.

Is it a good idea to have this expense for the next three seasons?

The answer may depend on the will of Lebron Jamesto sign a two-year extension this summer to remain in Los Angeles through the 2024-25 season. For this they would have to have a verbal commitment since James will not be eligible until August 4. That may be enough though Anthony Davis you can opt out after 2023-24. During that time, the Lakers don’t project significant salary cap space with James and Davis, though a new collective bargaining agreement could change that in the near future.

If James remains with the Lakers, saying goodbye to Westbrook would potentially get the Lakers out of the luxury tax for the 2022-23 season. This would allow the team to offer Monk about $10.3 million in the first year of a new contract (up to four seasons).

The Lakers signed Monk to what might be called a “lose-lose contract.” If he didn’t deliver as expected, then it’s a waste. If he does, and he has, the team doesn’t have the means to keep him.

By keeping Westbrook, the Lakers are above the tax, and the most they project to pay Monk is the taxpayer’s mid-tier exception, which starts at $6.34 million (up to three seasons). That’s less than most competing teams have at their disposal.

By coming under the tax, Los Angeles would also get its biannual exemption, which is projected to start at $4.0 million. When using the deng methodwith Westbrook, the Lakers could have Talen Horton-Tucker, Stanley Johnson, Austin Reaves, James, Davis and Monk. The Lakers would then only have the minimum, bi-annual contracts to develop the rest of the roster.

Use the deng method with Westbrook it would allow the Lakers to bring back pretty much the same team, but does that make them contenders?

New story: With the Lakers eliminated from play-in contention, Anthony Davis spoke to ESPN about hearing his name attached to trade speculation and his injury reputation. “When I’m healthy, I’m a motherf—er,” he said. “But I got to stay healthy” https://t.co/5gIy6UmstE

I do not see it as easy, because they have the unknown health of Davis and James, who, although he continues to play at a high level, begins to lose more games season after season, so they must make adequate movements with what is available in the market.

The Lakers could also opt for switch to westbrook, but they know it’s uphill to find a team willing to give up value while taking on Westbrook’s salary. For this, the Los Angeles team may have to offer some future picks and pay part of Westbrook’s contract.

Another option would be keep westbrook in the squad, perhaps in the hope that a managerial change will unlock the squad’s potential next season. I highly doubt this option given how poorly Westbrook fit in and how difficult the season has been for all parties, divorce somehow seems inevitable.

What do you think would be the mmore convenient?