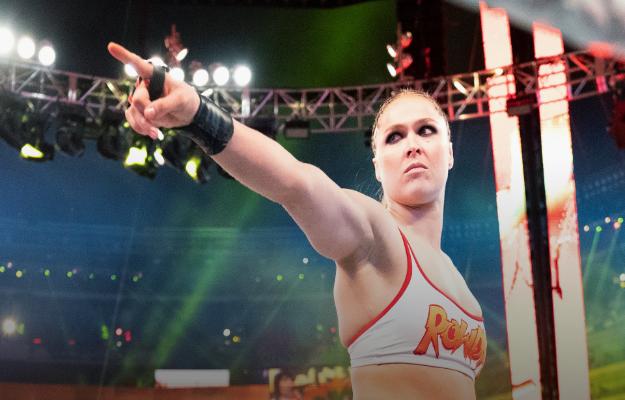 The winner of Royal Rumble female and current number one challenger to the SmackDown Women’s Championship, Ronda Rouseyis being promoted under a new nickname.

Is this the end of ‘The Baddest Women on the Planet’?

World Wrestling Entertainment is debuting a new marketing strategy and character for UFC Hall of Famer Ronda Rousey in this new phase within the Company. And it seems that we will not know Ronda as ‘The Baddest Woman on the Planet’ from now on, as the Company has put up new merchandise for sale in which the former RAW Women’s Champion is announced as ‘Hot Mama’ (‘Hot Mama’ , for its textual translation into Spanish).

@rondarousey is a Hot Mama! Get your new tee now at #WWEShop. #WWE #RondaRouseyhttps://t.co/eYc8Mhcdsy pic.twitter.com/x7VQa61eO5

This new gimmick will be a challenge for foreign WWE commentators, as there are things that sound better in English than in other languages, and this is one of them. The origin of this character, beyond Ronda became a mother last Septemberis a pun on the fighter who inspired Rousey during her sports career: Hot Rod Rowdy Roddy Piper.

During the last episode of Wrestling Observer Radio, the renowned critic Dave Meltzer spoke about this new gimmick and the new shirts that WWE has put on sale with him:

“You know, the great thing with Ronda Rousey is that she’s being promoted as ‘The Hot Mama.’ They’re selling those t-shirts and all that now, that’s right.” Dave said.

Next up for the former Champion awaits her in the main event on night one of WrestleMania 38 when she takes on The Most Decorated Woman in WWE History, Charlotte Flair, in a match for the SmackDown Women’s Championship.