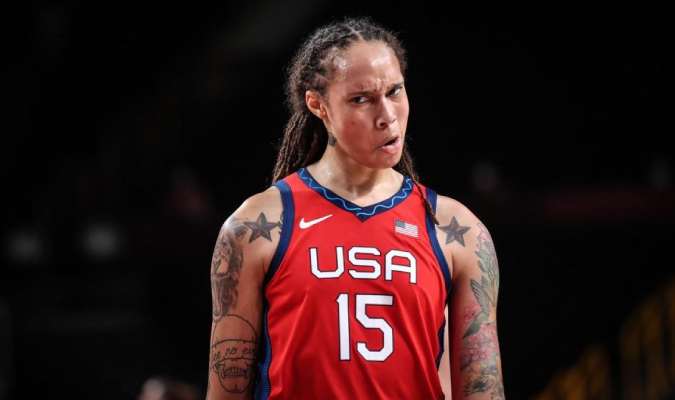 The prominent American player Brittney Griner, was placed under arrest in Russia, according to the New York Times, officials of that country found hashish oil in one of the suitcases at the Moscow airport.

The newspaper cited a statement from the Russian Federal Customs Service, which published a video of a person who appears to be Griner, 6 feet 9 inches, going through airport security.

“We are aware of Brittney Griner’s situation in Russia and are in close contact with her, her legal representation in Russia, her family, her teams, the WNBA and the NBA,” Lindsay Kagawa Colas, Griner’s agent, told ESPN. . “As this is an ongoing legal matter, we cannot comment further on the details of her case, but we can confirm that as we work to bring her home, her mental and physical health remains our primary concern.”

Breaking News: Russian customs officials said they had detained a star American basketball player after finding hashish oil in her luggage at an airport near Moscow. The Russian news agency TASS has identified the player as Brittney Griner. https://t.co/7rJaQqNyJK

Like many players in the top women’s basketball league (WNBA), Griner has been playing abroad during the winter months for a long time, most recently in Russia.

Griner has played nine seasons with the Phoenix Mercury. She won a championship with Phoenix in 2014 and lost in last season’s final to Chicago, Britney also won gold medals with the United States at the 2016 and 2021 Olympics.

“Brittney Griner has the full support of the WNBA and our top priority is her safe and prompt return to the United States,” the league added in a statement.

Over the past week, WNBA players in Russia have fled the country following the invasion of Ukraine.