After his fight in WrestleMania Backlash, the tag team champions raw RK-BRO defend their titles vs Street Profits, this before looking towards his next big challenge.

RK-BRO must overcome The Street Profits before their next challenge

The night of monday night raw post WrestleMania Backlash starts with the red brand tag team champions RK-BRO, they confess that they feel frustrated for his loss last night but they reveal that they want to resume the fight they have pending against The Usos, they want their titles and will visit them next SmackDown to get your answer.

To this They are interrupted by Street Profits who claim a shot at the titles right now, therefore Randy and Riddle to demonstrate their superiority they have no choice but accept the fight immediately.

Riddle and Montez Ford begin the contest and at the beginning the skill of the Street Profit takes the lead and mocks the bro, but this shows him that he should not be underestimated and turns the page putting Montez in trouble, the bro is out of the ring at one point and we see Montez flying through the air to gain momentum.

Randy Orton wants to enter but the union of Montez and Angelo do not allow Riddle to approach the corner, after miraculously surviving finally the viper takes its turn and dominates its opponents, with whips leaves both on the ground and connects a modified RKO to Angelo. 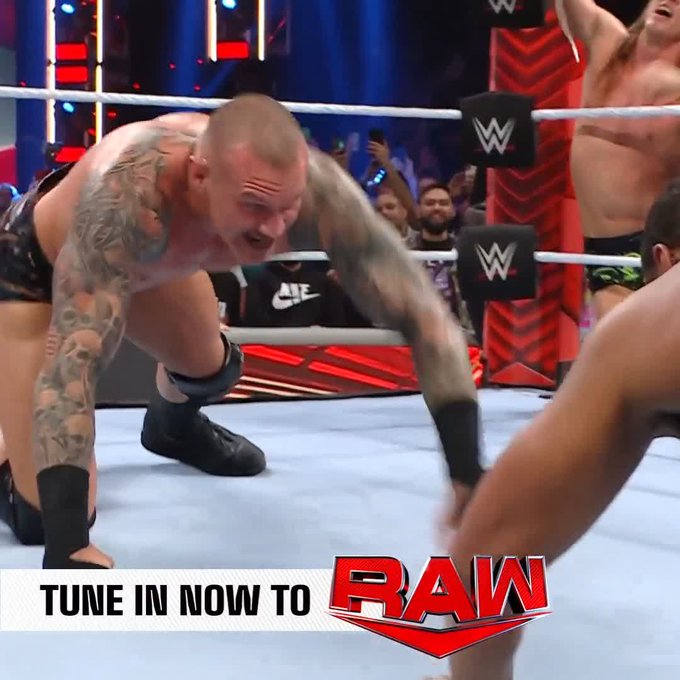 Riddle surprises Randy and the public

The original Bro re-enters and is measured against Montez Ford again, he defeats Riddle and has it ready to smash with a Frog Splash from the third rope, however when it goes through the air Riddle intercepts him with a devastating RKO, make the cover, 1 2 3 RK-BRO retain the tag team championships, Randy is impressed by what he has just witnessed but celebrates this triumph with his partner.

Thank you for sharing and enjoying this great passion with us, PLANET WRESTLING . as always all the best information on wrestling and the world of Wrestling in Spanish, interviews, videos, and the best coverage and live monitoring. Also remember that you can directly access the rest of the news of the PPV WWE HELL IN A CELL Already all wwe news.