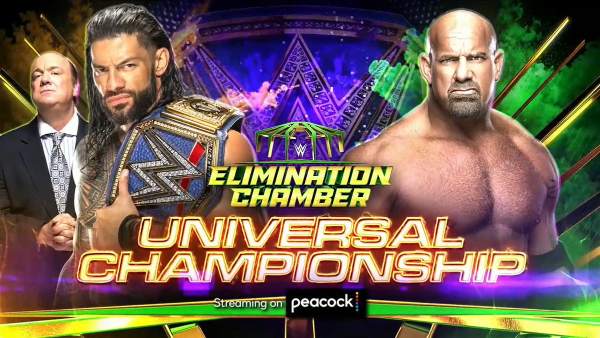 After great return of the Legend Goldberg on Smackdown and by “Recognizing” but as the next rival to Roman Reigns, many speculations have arisen about how the fight could develop in the great event in Arabia. It must be remembered that this fight was originally agreed two years ago to be one of the main events of Wrestlemania 36 with roles reversed, a Goldberg as Universal Champion while Roman wanted to capture the maximum gold. We will have a fight between Roman Reigns and Goldberg in WWE Elimination Chamber 2022.

And that leads to a lot of open endings, endings that could destroy the Internet with the stir they can generate. A possible Goldberg triumphing and facing Brock Lesnar at Wrestlemania, but the most viable result and the one that everyone is putting chips to this day is the TITLE versus TITLE. A tribal chief entering as Universal Champion taking on the Beast Incarnate, Royal Rumble winner and possible WWE Championship Elimination Chamber winner Brock Lesnar.

Roman Reigns and Goldberg face off in WWE 2K22

Our WWE 2K22 specialist and successful talent in Twitch Uncle Allende brings us this simulation of what could happen in this fight in the latest available version of the video game, waiting for this year’s version to come out.

Here we bring you one of the possible endings for the event that is already approaching us, what is your result and prediction for this fight?