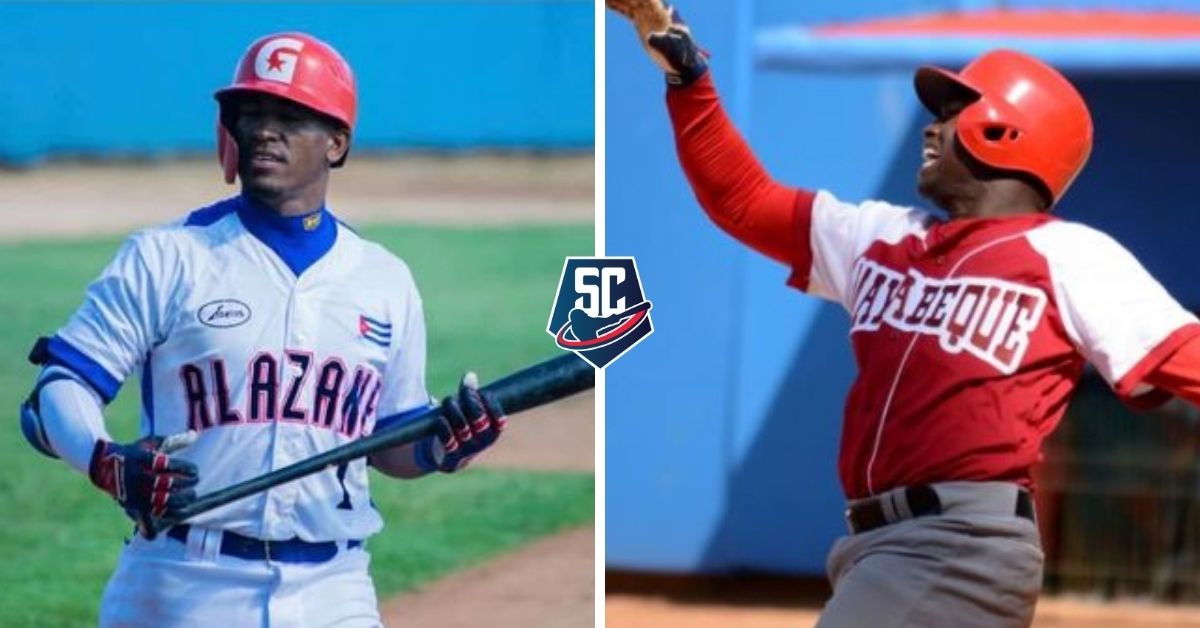 In a Sunday day of good performances from the box, Dennis Laza reached an important round figure in his career, there were three revenges and a game suspended due to rain that will take place on Monday morning. In addition, the first home run was hit inside the field and the third victory came for Joel Mojena from Granma.

Alazanes take revenge from the opening clash and defeat the Crocodiles

In a very close game, whose final score of 7×3 could imply the opposite, the current champions equalized the series against the Crocodiles with another tremendous pitching by Joel Mojena who reached his third success of the season.

The people from Granma took control in the same first inning with an RBI from Raico Santos for an unstoppable lead that they never let go of. They added another three in the third and when the yumurinos stuck to the scoreboard 4-3, then they put definitive figures on the scoreboard of the Martyrs of Barbados for the first home run inside the field of the series, thanks to the fast legs of Roel Santos, in the bottom of the eighth.

It may interest you: Santiago CLIMBED to the top, Holguín CALMED Hurricanes, Leñadores successfully debuted at home. Summary Series 61

There were a total of 21 hits in the match, 11 of them from the winners. The defeat went to the account of Yoanni Yera, his first of the season and once again the Yumurino relay was punished. Granma matched their balance of wins and losses with five and five, while the current runners-up conceded their third loss with six successes. Kelvis Rodríguez scored the save while Jefferson Delgado knocked her out of the park.

Artemis hunted the Woodsmen in her forest

A tremendous pitching duel was experienced at the Julio Antonio Mella in which the visitors, the Hunters of Artemisa, took the cat with the water by defeating the Leñadores two runs to one. With superb work from their pitching staff and a decisive home run from Yoan Moreno, those from the west of the country achieved their fourth smile of the tournament with five setbacks.

It was a nice duel of left-handers between Manuel Murgado and Yudiel Rodríguez, but both left the match with equality on the board at one run, including third baseman Yordanis Alarcón’s first homer of the season. The relievers Yunieski García, ultimately the winner, José Ángel García, who scored a save, third of the year and 276 for life, and Alberto Pablo Civil, defeated, were at a great height.

For Las Tunas it was their sixth defeat in ten games and they maintain their losing pace in this beginning, although as an encouraging fact, the pitching has been much better in the last two outings and above all, what will be their main trump card from Next week, Yudiel Rodríguez had his first quality start of the contest.

Hurricanes took revenge in a historic match for Dennis Laza

There is a popular saying that where there is retaliation there is no grievance, and the Hurricanes returned the grout suffered on Saturday with a superb combined pitching by Mailon Cruz and Adrián Sosa, in addition to having the 100th home run by captain Dennis Laza in the National Series , the 138th batsman to achieve such a mark in our classics. The final score was 4-0.

Laza was the true hero of the clash, because in addition to his centenary home run, he drove in four of the six goals of his team that reached seven wins with two losses, momentarily equaling the indomitable team that was suspended today due to rain against the Cienfuegos and will play tomorrow, Monday. , February seventh, at ten o’clock in the morning.

For the Cubs it was their seventh loss in ten games, without a doubt a very poor start to the campaign for those led by Tico Hernández who could barely connect four hits today. For Mailon it was his second victory with a failure, while Uberleydis Estévez came out the narrow door. Laza’s home run was his third of the season.

In other results: Ciego de Ávila defeated Isla 9×8, Villa Clara defeated Guantánamo 15×6, Sancti Spíritus defeated Industriales 6×1 and Camagüey defeated Pinar 11×1, KO in eight innings. The game between Santiago de Cuba and Cienfuegos was suspended due to rain and will be played this Monday from 10:00 am at the Guillermón Moncada stadium.

Alazanes, Hurricanes and Hunters WENT OUT on a HISTORICAL day for Dennis Laza. Summary Series 61