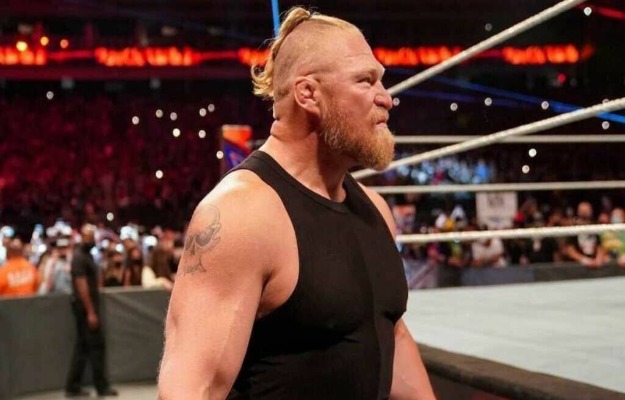 After seeing the Brock Lesnar’s big comeback the past SmackDown information has been disclosed indicating that That wasn’t the original plan to see him back below we tell you the details in PLANET WRESTLING, your website WWE news.

The past program of Friday Night SmackDown we were able to witness the impressive return of “The Beast” Brock Lesnar to the blue brand after he had been suspended by Adam Pearce for the brutal attack on The Bloodline and several superstars on the roster, on his return he announced that his suspension had officially ended and that He still had his sights set on the universal championship of Roman Reigns.

However, according to the Wrestling Observer WWE originally had a different plan for the return of Brock Lesnar, originally Lesnar was going to buy a ticket to attend SmackDown thus making his return to programming as a fan, this was what the aforementioned portal reported.

is also programmed to appear the

next week on SmackDown. ”Originally,

the idea was to keep it suspended and

enter the venue as a public, thanks to

an entry. The plans changed, since in the

last week’s program it was announced that

On Friday we could see how everything happened on his return and it was confirmed that he is the challenger for the universal championship on WWE Day 1 thus having his revenge, We will see if Lesnar this time gets the victory or if Roman Reigns extends his reign as maximum champion even more.