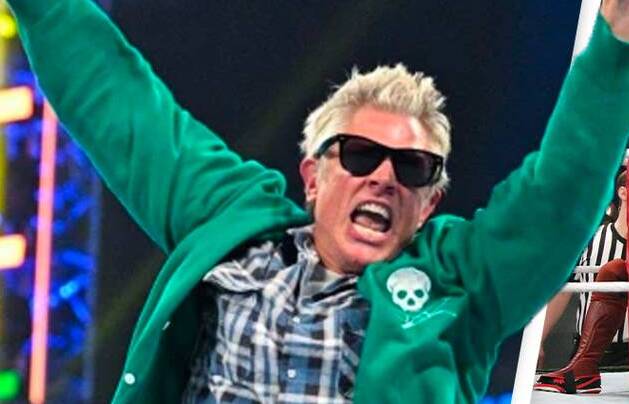 Johnny Knoxville is the main star of the movies and shows of JackassIn addition, lately he has had several appearances in WWE. In these interventions, Knoxville has had intense confrontations with sami zaynwhich had its peak moments in Royal Rumble. Now, according to various sources, he could reappear to have a title match in wrestlemania 38.

Johnny Knoxville would have a title match in wrestlemania 38

Yes, you are not reading wrong. According to the prestigious American journalist, Dave Metzler, Knoxville will have a title match in the great event. Specifically, heThe prize that will be put into play will be the Intercontinental Championship.

This would be within the plans to continue his rivalry with Sami Zayn. especially after Royal Rumble, event where Zayn eliminated Knoxville in just 1 minute and 26 seconds. And that now, it seems that it will last longer.

As most people already know, this week two TV shows were recorded smackdown. One was the one that was broadcast last Friday, another, the one that will be broadcast next week. In said recording, Sami Zayn faces Shinsuke Nakamura for the Intercontinental medal.

Good, NOTICE OF SPOILERSZayn defeated Nakamura and became champion for the third time. Therefore, this rivalry would have the Canadian fighter as champion, while Knoxville would be the contender for the title.

Without a doubt, it is a strange decision, especially seeing the large number of talents that populate the blue brand, however, the figure of Jackass It is very loved in the United States, so the possibility of a fight would bring a large number of spectators.

Now, it remains to be seen if Zayn continues his reign beyond the great event, or, on the contrary, the company chooses a celebrity to give visibility to the program and raise the audience numbers. The nights of April 2 and 3 we will clear up any doubts.

Johnny Knoxville would have a title match at Wrestlemania 38