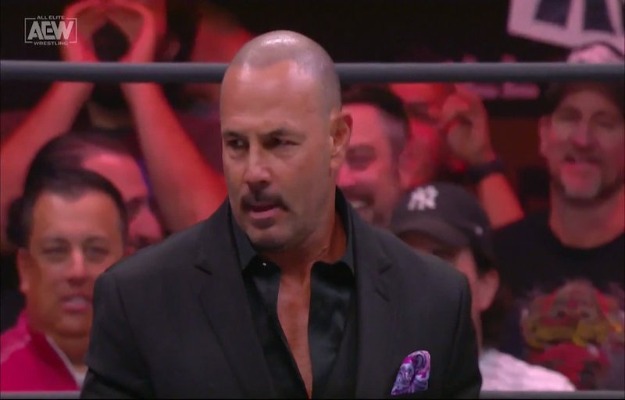 After a fan attack on Seth Rollins, the ex-WWE wrestler Chavo Guerrero would have gotten into a controversy on social networks, this would be because of some comments that have been taken that have been frowned upon by many fans, we will tell you the details below.

A great incident happened last Monday when overnight RAW a fan attacked WWE superstar Seth Rollins, This has been the topic that has been circulating the most in recent days, so far the reasons for the attack have already been revealed and Rollins himself has given his statements of what happened, Now the ex-WWE wrestler Chavo Guerrero has become involved in a small controversy over comments on his Twitter account that have been taken as a mockery of Seth Rollins.

Remember when the wrestlers were tougher than the fans? Ah, the good ol ‘days. 🤷🏻‍♂️

Remember when the wrestlers were stronger than the fans? Oh the good old days “

After the numerous criticisms it received from fans Chavo used his Twitter account again to clarify his tweet and point out that he never at any time tried to disrespect Seth Rollins, this is what Chavo wrote:

That got out of hand quickly. @WWERollins
I have had many agree & many disagree.Only comes from love of this Biz that has feed my fam for 85 yrs.The fact is, Seth should have never been put in that position in the first place.

“It got out of control quickly, instead of eliminating it, I’ll keep it and say

that I don’t disrespect Seth Rollins, the fact is that Rollins shouldn’t have

be put in that situation ”.

These were the words of Chavo, it is up to him how to take them, but what should be noted is that Seth Rollins acted professionally in the face of the predicament and that is why it deserves respect, we will wait to see how this controversy continues in the coming days.

Thank you for sharing your time and enjoying this great passion with PLANET WRESTLING. Remember that you can follow us on our RRSS and here on the web so you don’t miss out on anything. Every day we get closer WWE news, videos, interviews, as well as the best coverage and live follow-ups.

Chavo Guerrero is involved in a controversy on social networks