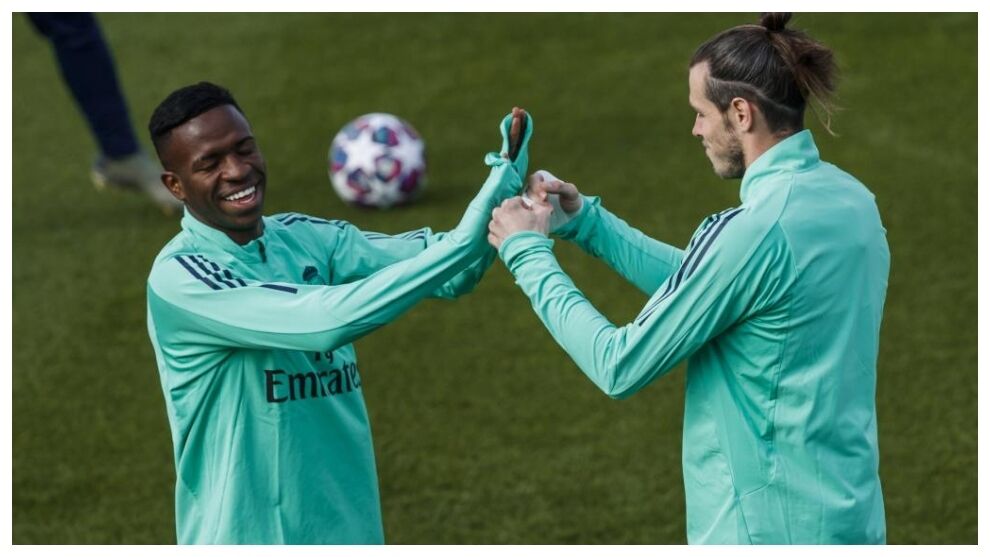 Bale’s return to Madrid with the intention of staying for the remaining year of his contract, generates two problems for the white set. The first, that its high record makes it difficult the club’s ‘anti-crisis plan’ in relation to the role that except surprise would have in the team. The second, that Madrid is splattered by the Brexit controversy in relation to the condition or not of extracommunity d

and the british players

with contracts signed before it came into force.

Today there are many doubts about it

, at the expense of a new agreement like those reached previously so that players in these circumstances

do not occupy a foreign place

. The point is that

Madrid knows that this does not depend on them

look for an alternative solution

that takes him away from the problem of meeting four non-EU players:

And that’s where Vinicius comes in

, who has been processing dual nationality for a long time, specifically since he was two years old after his arrival at Real Madrid.

The Brazilian should already have it in his power

, but due to different circumstances the procedures have been delayed, although

The white club trusts that it is in the final stretch

. The feeling is that there is little left for

Vini does not occupy a foreign position

and that will release

a place that will be for Bale

in the event that he was finally from outside the EU and stayed in Madrid.

In the same situation as Vinicius they are

, but it is understood that their dual nationality will come later than that of the first of them once they later joined Real Madrid.

, pending either a global agreement between the EU and the United Kingdom, or another at national level or

that the dual nationality of Vinicius arrives

to make room for Bale no matter what. “The point is that for federative purposes

, for example the so-called players of the Cotonou treaty,

you are from outside the community

. Therefore depend on the agreement “, pointed to MARCA a legal source in sports law when the problem broke out.