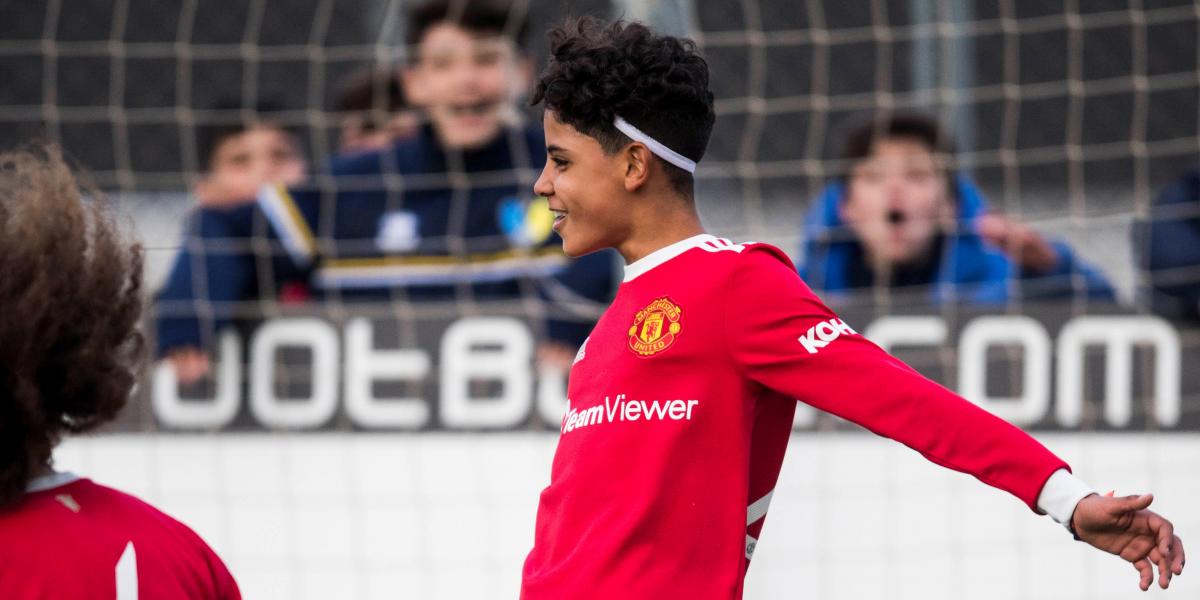 Never a group stage match of the MIC I had so much anticipation. The municipal field of Torroella de Montgrí was filled to the brim to see the game live son of Cristiano Ronaldo c.on the t-shirt Man Utd U12 and it did not disappoint.

It all started with a bang. The expectation generated by seeing CR7’s son was such that during the English team’s warm-up, the organization of the MIC He had to get people out of the field who wanted to see what this young promise of only 11 years old was capable of.

Well, they had to wait. Jumping onto the field, between cries of ‘siuuuu’ that made reference to the father’s way of celebrating, Cristiano Ronaldo Jr. He did it as a substitute and wearing the number 24, so the curiosity of seeing him with the 7 was going to stay in that, pure illusion. He did not jump until the break, although shortly before he was already an indirect protagonist when one of his teammates celebrated the Cristiano Ronaldo-style goal.

The young CR24 (on this occasion) entered the break cheered by all the children present, who wanted to see if the talent that runs through his veins was the same as his father’s. Although nervous Cristiano Ronaldo Jr. He left several quality dribbles playing up front until, with a good nose, he chased a hanging free kick and finished it off first inside. The celebration could not be otherwise. Race to the band and… ‘Siuuuuuuuu’. Traced to the father, who this time could not see his son live.

In the end, Manchester United and Gironés Sabat were 5-0, but that was the least of it for the Catalans, who quickly asked to have a photo with the English team to have an eternal memory that, once, they played against the son of a world football legend.