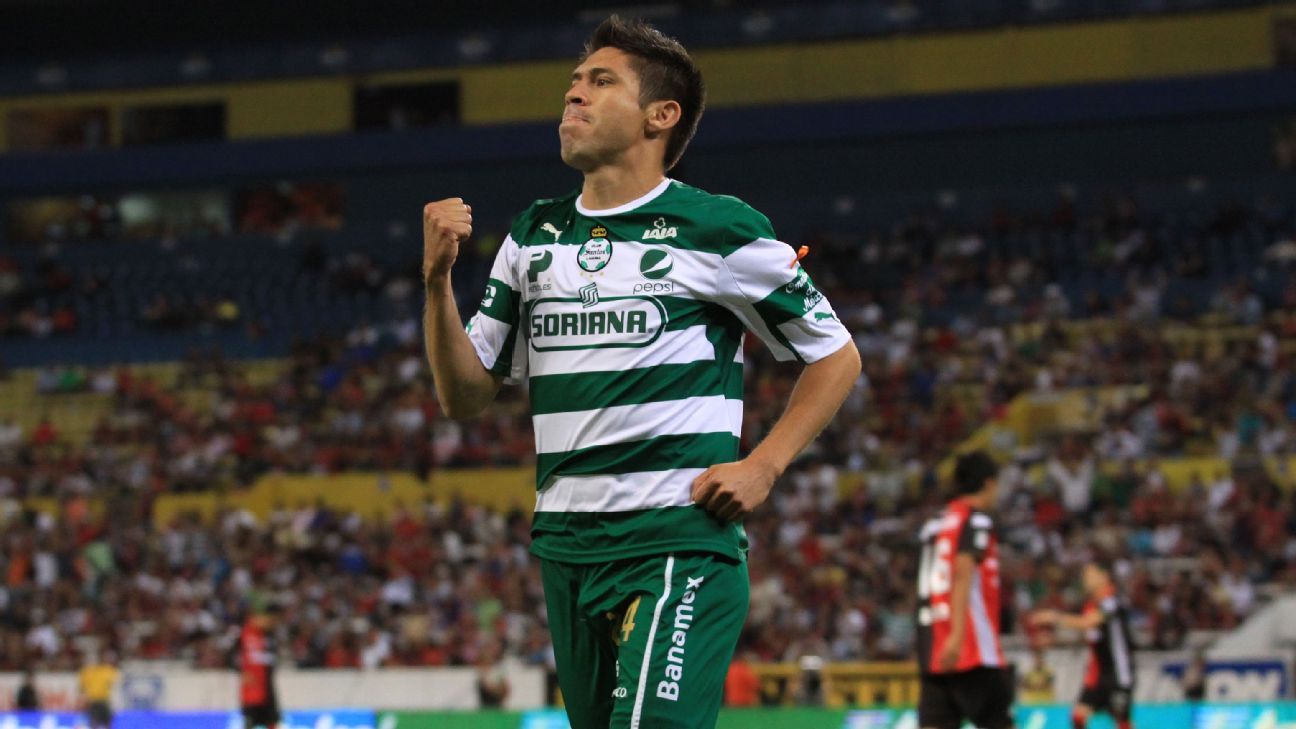 The former striker stated that inactivity at Chivas was not a reason for his professional retirement and that Santos will always be special, even if he has not had the opportunity to retire at the club

Oribe Peralta has publicly expressed his love for Santos Laguna, a team with which he had two stages during his career as a professional soccer player, and with which on several occasions he mentioned that he saw himself retiring, but the now former striker accepted in an interview for ESPN that it did not hurt him not to have retired from the fields in the Comarca Lagunera team.

“Not at all, it didn’t hurt me not to have retired with Saints. I am very grateful to each of the clubs that gave me the opportunity to belong to their ranks. In my case, Saints It was the team that made me dream that this dream of reaching the First Division was attainable, with the fact that it was close to home and because I felt identified with many of the players that I had there Saints“.

Even if Oribe lived the best stage of his career with America, the love that the former striker feels for Saints he could not be replaced even with the titles he obtained within the Águilas, a squad with which he won two League titles (Apertura 2014, Apertura 2018); one Copa Mx (Clausura 2019) and two CONCACAF Champions Leagues (2014-2015 and 2015-2016).

“This is something that goes beyond everything and those who are soccer fans will understand it. Before being a professional player, I was a fan. A fan who grew up with the colors, with the team of Saints, that I had to attend the stadium, that I had to see great goals in the Corona Stadium, in the old man. So, I think you can’t replace that and nothing can replace it, that power to decide and to know that one thing is what you dedicate yourself to and another thing is the love you have for a team. That love that my father had instilled in me for football, it is not possible to replace that, even if you have had important achievements, but yes, I am sure that each of the achievements that I go through will remain in my heart forever.

the last t-shirt Oribe Peralta defended as a player was that of Chivas, a team with which he played three times. The first as a test during the time of Óscar Ruggeri, the second as a reinforcement of the herd during the 2005 Copa Libertadores and the third from 2019, when he arrived for the 2019 Apertura, from America.

Despite the fact that the striker did not find the necessary minutes within the rojiblanco scheme, he assured that a contribution he made to the Guadalajara squad was to show his teammates the qualities they can contribute on the field.

“Try to give your best and be prepared for that opportunity, it was complicated, it taught me a lot and I think that with the way of facing those moments, many of the teammates I had in Chivas saw that it is also possible to contribute something from the outside” .

Among the reasons why Oribe decided to finish his career, after 19 years of playing professionally, the former striker made it clear that the inactivity with Chivas was not a reason to say goodbye to the fields.

“Not at all. The truth is that in life priorities change and I think I understood that a long time ago. For me today the priorities are other and I also understand perfectly and I shared it and talked about it with many colleagues who had to take This decision or many of them did not have to make it, but it was the circumstances that forced them to withdraw. So, I think it is better to know how to say up to here, than to be moving from place to place, looking for something that can give you your family”.

Oribe Peralta: It didn’t hurt me not to have retired with Santos