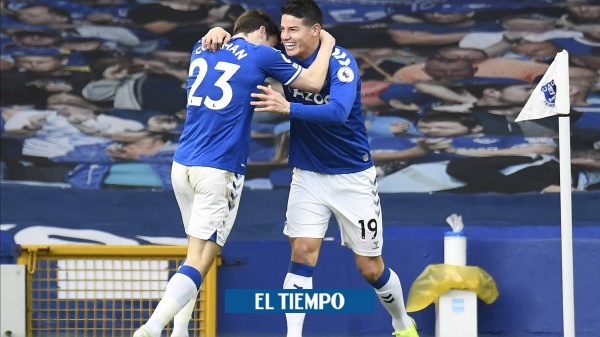 The club sees the possible departure of the Colombian midfielder as a reality.

One more warning for James. Although the social networks of his club, the Everton, constantly show the Colombian training alongside his teammates, the directives of the same are becoming more and more to the idea of ​​the departure of the Colombian and so they let him know.

We invite you to read: (Olympic Games: ready the rivals of the Colombian tennis players)

As reported by the newspaper Liverpool Echo, James was notified that if a compelling offer came in for him, his exit would be a reality.

(Also, read: James sharpens his aim and waits for Millionaires)

“The Colombian only joined the blues last septemberBut Ancelotti’s shocking departure immediately put his future at Goodison Park in doubt. Sources close to the player insisted that his departure was not safe, just because Ancelotti had resigned, but his decision to fulfill the last year of his contract would be based on who entered as the new boss, “says the outlet.

This is in addition to the words of Rafael Benitez weeks ago, who hinted that selling players with high salaries (among which James is counted) would be a solution to bring in players who would be useful in their plans.

(Be sure to read: Competition continues to come to James Rodríguez at Everton)

Meanwhile, James is in the United States with the Everton squad to face Millonarios in the Florida Cup.