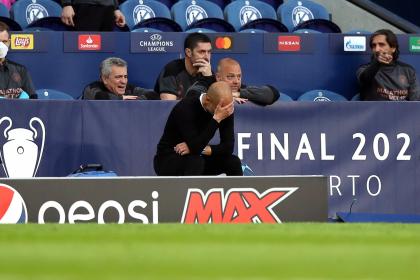 Everything that could go wrong is turning out just like that for Pep Guardiola, in the preseason in which he aspires to win everything, including the rematch in the Champions League.

You could almost say that he has only added bad news since his players began to return from vacation.

First, the friendly against Troyes from France, which was to be played on July 31, was canceled due to new coronavirus covid 19 restrictions in the UK. It happens that now it is not possible to travel to France without putting, upon return, in a mandatory quarantine of ten days and the season for City begins only a week later, so there will be no preparation, which bothers the DT a lot, aware that all his rivals are scheduled competitions these days.

What’s left for the Premier League champion? A single friendly, against Preston at Academy Stadium, on Tuesday, July 27, before the Community Shield, against Leicester, on August 7.

That game will be behind closed doors, despite the fact that the public has already returned to British territory for the Eurocup, as an outbreak of covid was recently presented in the Etihad, which motivated this decision. Second problem.

But there are more headaches for Guardioña: his team’s preseason began Monday, July 19, but most of his team will be late due to the international holidays. It is worth mentioning that Kyle Walker, John Stones and Raheem Sterling played the Euro final against Italy and are still in use of their vacation.

To complete, Phil Foden, one of the figures, is recovering from a worrying foot injury that would give him several weeks absent. And the Harry Kane thing is still stagnant, which will make it not available either, if its transfer occurs, in the short term.

The rich also cry, special episode of Pep Guardiola, in the middle of the preseason in England.