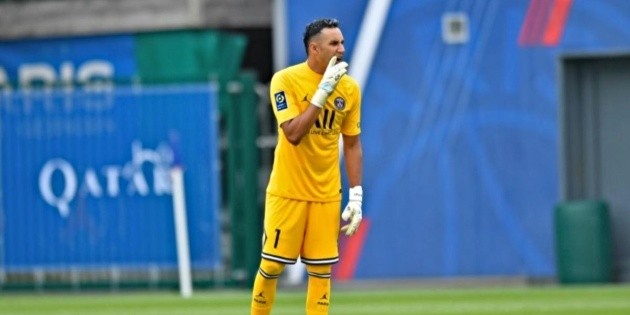 Keylor Navas still preseason with him PSG and already recovered from his shoulder injury that he suffered a few weeks ago, little by little he returns to the level that we are used to. The attic could not be in the gold Cup with the Costa Rica selection for this physical handicap and dedicated himself to 100% in his injury to be available with the Parisian club for the start of the preseason with friendly matches.

He had already seen more than an hour of play in the previous friendly in the victory against Augsburg, where Keylor Navas could officially return to a game, being the starter in the goal of the PSG. Although it was not very demanding, the feelings were positive. Starting from the fact that he came from an injury and a long time without disputing a commitment.

Great save by Keylor Navas

Continuing with the preseason yesterday, Keylor Navas saw action again and this time he did have to show all his skills. The Costa Rican was one of the figures in the victory of PSG (1-0) against the Orléans Loiret Football French third division club who stood up to the French team. Yes, if not for the attic, the meeting would have ended on an equal footing.

When the 85th minute of the match elapsed, already ending, a play by the right wing in attack by the Orléans Loiret, generated a rebound towards the penalty spot that ended with a Chilean maneuver hitting the ball directly to goal but that was at Keylor Navas stretching to his left side and avoiding the fall of his bow.

In this way, the game would not undergo further modifications (1-0) and culminated in a victory for PSG by the minimum thanks to a goal from Achraf Hakimi and also to the great save by Keylor Navas at the end of the game. Let us remember that this season he will have Italian Donnarumma as his rival in the goal, so the Tico will not want to waste a minute of time without demonstrating the quality he possesses.