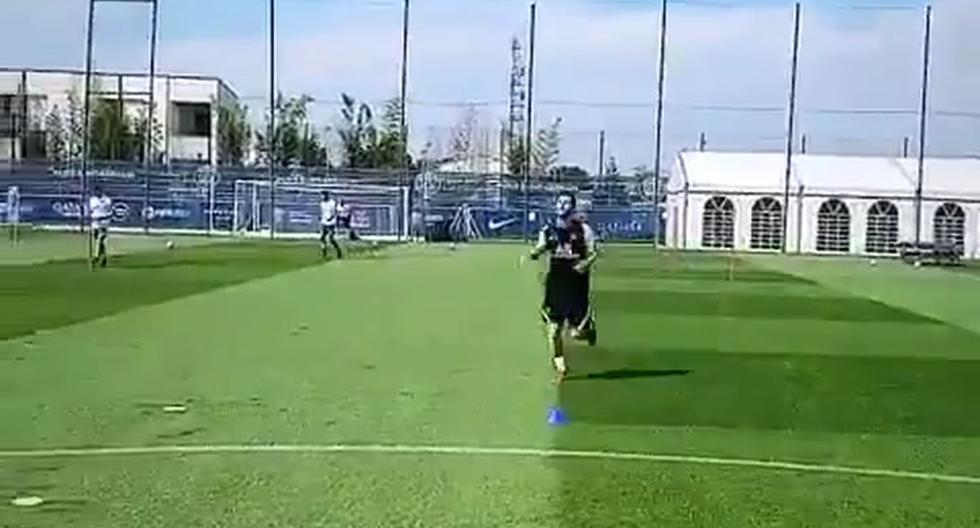 The good starts. Once the chapters of your arrival in Paris, contract signing and presentation, Lionel messi He trained this Thursday for the first time with Paris Saint-Germain (PSG), a team in which he has signed for two seasons, plus an optional one. As the Argentine himself said at a press conference, the first days he will train on his own, a kind of ‘mini-preseason’, seeking to catch up with the rest of his teammates.

The player arrived at Camp des Loges early in the morning, according to the ‘RMC Sport’ channel, for training behind closed doors. Antonela Rocuzzo and the forward’s children also went to the field, who this Wednesday had stated that he was very excited to return to training and to start this new Parisian stage, waiting to win a new edition of the UEFA Champions League.

Some fans gathered around the Camp des Loges hoping to see the Argentine international. The training this Friday, also in the morning, will be open, confirmed to EFE sources of the PSG.

Of course, later, and through its social networks, the Parisian club shared a small clip of the first training of Messi. The Argentine appears doing some ‘sprints’, to the excitement of all the Paris Saint-Germain fans.

Recently, on his Instagram account, Messi left a few words, accompanied by his best photos already with the Paris Saint-Germain clothing. “I start a new stage in my life and I do it with all the motivation and desire to continue learning every day. We will work to meet the objectives of PSG”The player wrote.

According to information from the newspaper ‘Le Parisien’, in the contract of Messi a transfer bonus of 40 million euros is included, while his salary the first year is 41, but it could go to more, depending on objectives in the coming campaigns.

Leo’s salary could even enter € 123M in a hypothetical third campaign, always according to information from the French media.