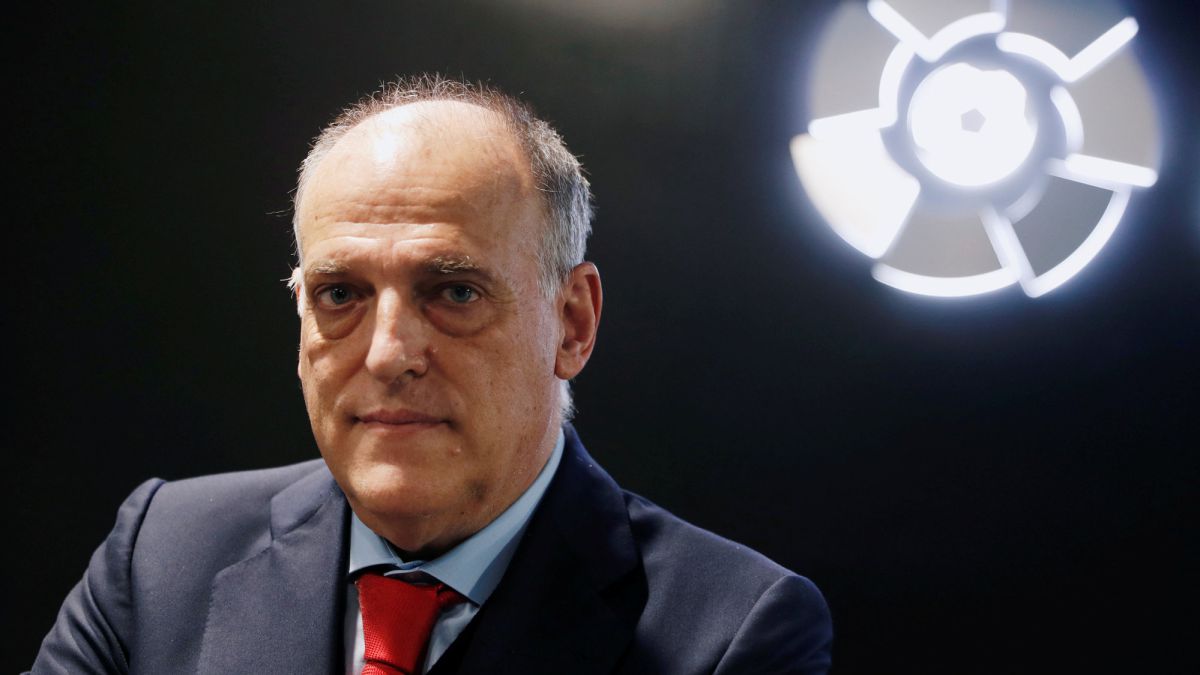 Javier Tebas, president of LaLiga, and Óscar Mayo, manager of the employer’s association, analyzed the approval of the agreement with CVC to create LaLiga Impulso. A project that received 38 votes in favor and four against. Real Madrid, Barcelona and Athletic distance themselves from the agreement.

Six hours of Assembly: “It lasted because there were two points on the agenda that required a lot to talk about. The first point was a KPMG report on the damage that the Super League could cause, it causes according to the Report of more than 1,000 million per season and the value of the clubs It means the closing of the competition. The second point was the approval of the agreement between LaLiga and CVC by 38-4. Barcelona, ​​Real Madrid, Athletic and a fourth team, which has decided not to speak. We have included a clause that those clubs that they are not happy and have voted against, they keep the right or luck in the audiovisual settlement and they will not be affected. The idea of ​​the rejection of Barca and Madrid is due to the Super League and they will make a thousand legal and financial excuses … “.

Value of television rights: “I will remember that there is a decree on Audiovisual Rights, which must take into account the participation of the clubs that generate the most income. We have other ways to make them more fair and effective. CVC does not have the rights of anyone. With this income we try that the teams are digitized, improve the stadiums … While Madrid and Barca do not have that problem. I am not giving up their rights “.

Agreement without Madrid or Barcelona: “CVC only has a stake in LaLiga results, not in revenue. LaLiga is still worth 25 billion euros. Less money is delivered, for those who said no. The position of Madrid and Barcelona has to do with the Superliga, and that is why this agreement does not interest Florentino. “

Madrid statement: “The good agreement is the one approved by the Assembly, Madrid has been hindering agreements for 8 years, with the issue of audiovisual rights. I would have liked them to be there, but we are not going to cry and the agreement will prosper. The note of Real Madrid, they are accusations of crime and I will see personally what I do, the objective of the note is to coerce us and scare us “.

Legal consequences of rejecting the project: “They can reject the agreement and sign the financing, but they will not receive what corresponds to them. The Barca corresponds to 275 million, which would not be bad for them and they have intelligent people who are doing things well now.”

Barcelona. “If Barca had accepted the money, Messi would continue. I do not know the numbers and what he is doing with his salary mass. It helps that Barca would have had a competitive squad. Neymar, Cr and Messi left us and it hurts that they leave and we have worked so that the audiovisual rights. We have sold the international rights for the next 4 years and there is no clause that if Messi leaves they will change. Like the contract with ESPN, these players matter and help, but they are not essential “.

FEF statement: “Everything we do in the league is criticized by the federation once again, they even talk about my salary and the agreement has not been read. We have thought about those clubs that have been in LaLiga, such as Depor, Numancia, Extremadura … that has contributed income and those who have never been for ten years will have up to 4 million. We respect that for the first ten years, because the other clubs will have already grown and logically they will have benefited “.

Teams descending: “It is a historic and exceptional agreement with CVC, it has agreements with Formula 1 and it is an exceptional agreement. The 15% will only be for salaries, avoiding salary inflation. Mainly, it is to make the players grow. To the FEF It is also his responsibility to make his product grow and he has the wiles to make a category, but you have to work on it, it is not enough to change the format and it is thought that you earn money with that “.

New stars: “Great players are going to continue signing and coming to LaLiga, Madrid have an easy time signing this season after closing a great year, with the exception of Barcelona whose difficulties have led them to have to give way to the players.”

If a club dissolves: “The money is not given by CVC to the clubs, it is given by the League, and if the employer’s association is dissolved it will have to endure, you have a not very optimistic thought …”.

Barcelona situation: “It surprises me that Barca does not want money, 275 million would be very good for them. The League without Messi, another season begins tomorrow we will continue to grow.”

PSG and Messi: “On the issue of Messi, I have given my explanations on Twitter and the issue of PSG, if there has been someone against the club-state it has been LaLiga. Madrid and Barca instead of supporting us have gone to dinner with Al Khelafi.”

Audiovisual rights: “They revalue a few years and we will be able to enter 8 or 10 years, with more than 30% of the value. For example, in Italy and Germany they are sinking. Madrid can sign has sufficient funds because they have done things well either Mbappe or whoever and football will remain the same (same chains, rights …) “.