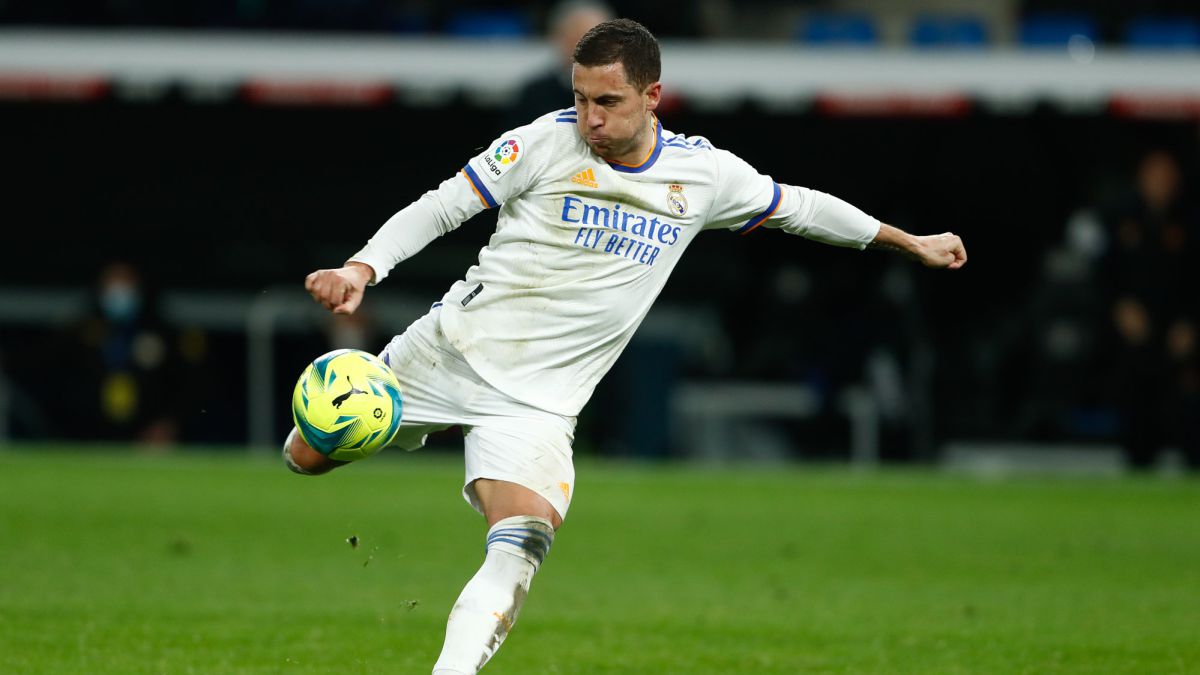 Hour before the game against Cádiz, once Ancelotti announced his ownership at a press conference, those closest to Hazard were convinced. “He is very motivated. His moment is going to come”They commented to this newspaper, confident that the Belgian has a lot to contribute to Real Madrid and fleeing from rumors of a possible exit from the white team. Eden confirmed the omens in the second half, leaving details of his verticality and talent in 45 minutes in which he only missed the goal. He seems to have found the way to turn around his bad dynamics in Madrid.

He shot twice on goal, provoked three fouls and made 46 of the 55 passes he attempted. He brushed against both with a header in the second half, and sneaked into the area with great danger on several occasions. He went to war against the mighty defenders of Cádiz, with whom he had a score of duels. Undoubtedly, the most incisive attacker of the whites in a not easy game. And as Butragueño emphasized at the end of the game, he assumed responsibilities with the 0-0 score and in the final minutes. When it was most difficult to ask for the ball, he appeared to start many of Madrid’s plays.

He could not finish off his great performance by looking at the door, but he did complete the 90 minutes. This is something that had not happened wearing the Madrid shirt since last November 23, 2019, in a match against Real Sociedad. Injuries and, in recent months, the lack of confidence that the coach had in him, have caused him to be seen more on the bench than on the pitch and, when he entered as a starter, it was always the first or second change. This season, without going any further, he has been in the game six times even though he has been available in 20 games. Seven of them have seen them intact from the bench.

Ancelotti congratulated him after the match. “It was difficult for him to enter the first half, in the second he was better. It is more difficult for him on the outside, on the right, he is not so used to it. Inside he combined a lot with Karim, he is one more weapon for the second part of the season“, stressed the Italian, who used him in several sections of the match as second forward, playing alongside Benzema. Those combinations short on the inside is a strategy that only the Belgian and the French can carry out in a squad more prepared to seek individual plays or wide spaces.

His situation remains delicate. The competition at the extremes (Vinicius, Rodrygo, Asensio …) and the arrival of Mbappé make it difficult for him to gain a foothold in the team. You are going to need consistency and goals to achieve it. He has five months and many games ahead of him. For now, he has found the way to do it …

Hazard has a remedy