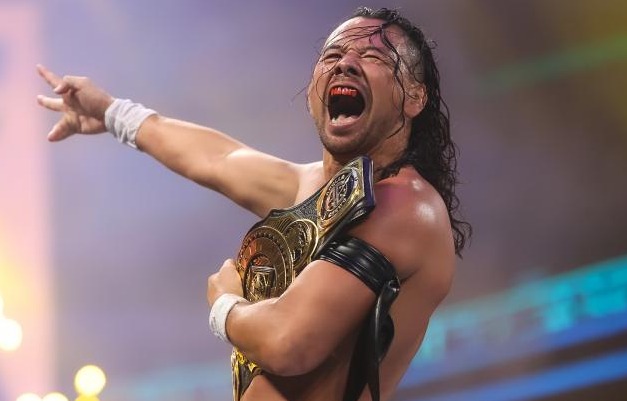 The smackdown fighter and current teammate of Shinsuke NakamuraRick Boogs spoke to the site ‘GiveMeSports’ about his friendship in and out of the ring with the reigning Intercontinental Champion.

Rick Boogs talks about what Shinsuke Nakamura is like backstage

The talented guitarist and wrestler revealed that more than just a partner, Nakamura is for him a father figure, as well as a mentor from whom he has learned a lot during his first months on the WWE roster:

“Shinsuke, he is like a father to me right now. It’s kind of like a mentor, isn’t it? So wherever we perform I always like to ‘get your two cents’ (teachings, examples, lessons), be it on TV, live events, team fights or individual fights for me, character development, everything. that. I always count on him, I am interested in hearing his comments and impressions because he is very experienced and has gone through many things. So it has been very helpful for a newbie to have such a good mentor. ” Boogs stated.

Without a doubt we can say that Rick is not the only one who benefited from the union with Shinsuke, because For the Champion, having the guitarist in his corner has meant a great change in his character that has achieved quite remarkable affection and support from the WWE universe. since we saw him make his entry accompanied by Boogs notes for the first time on the May 21 edition of SmackDown.

Rick Boogs stayed by Nakamura’s side and made his debut teaming up with him to face Apollo Crews and Commander Azeez this past August. The rookie team took the victory that night.

Rick Boogs talks about what Shinsuke Nakamura is like backstage