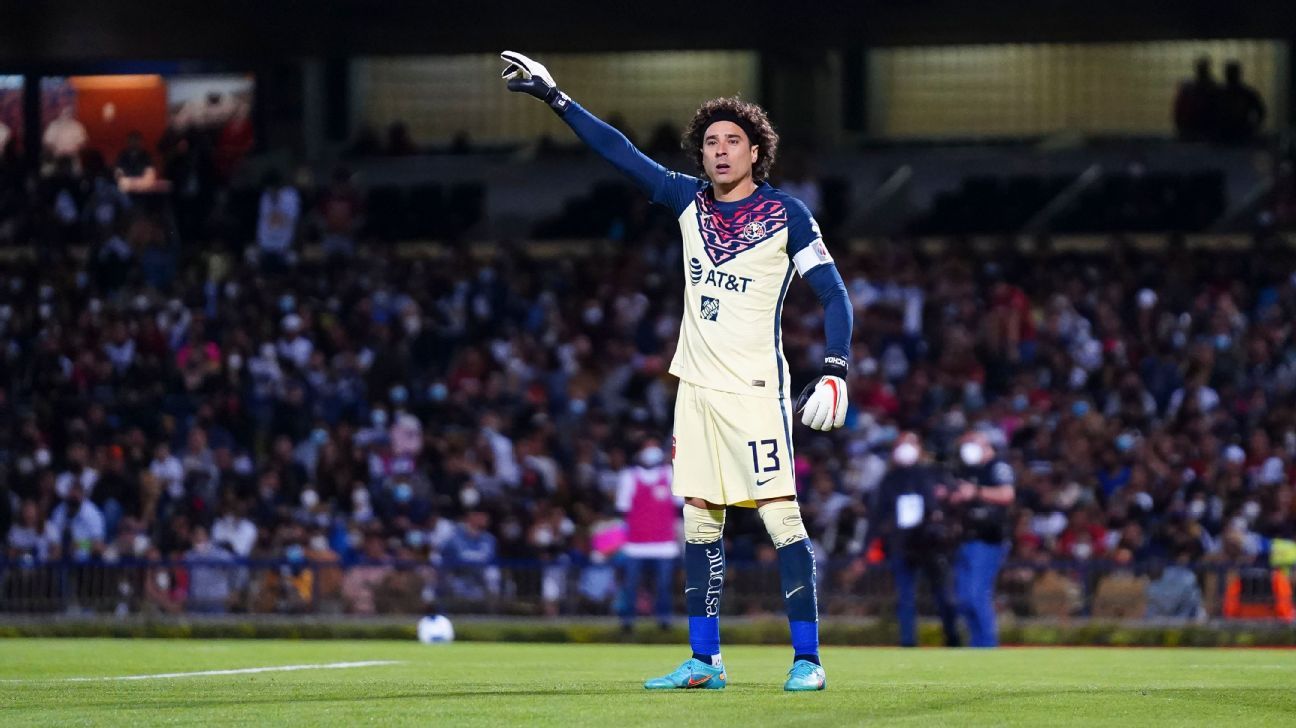 Paco Memo Ochoa, goalkeeper of América, wears the colors that the field player normally wears at the Azteca Stadium

The archer of America, Francisco Guillermo Ochoasurprised at classic capitalinor against Cougars when going out in the field player uniform.

The Eagles goalkeeper put aside the clothing he has worn in recent games, gray, black and red, and opted for the first kit of the America for this tournament.

The veteran goalkeeper of the feathered ones came out with the traditional yellow shirt and shorts, accompanied by blue socks to the field of play at the CU stadium.

The decision was made by the goalkeeper because his teammates jumped onto the pitch with the third outfit, which is navy blue and is accompanied by bright colors in other dark tones.

The goalkeeper of the Eagles has been seriously criticized by a sector of the fans, since in this tournament they have conceded 13 goals, making them the second team with the most goals against.

William Ochoa He got a loud boo when he jumped onto the field of University Olympic Stadium because of their rivalry Cougars and America in League.

Ochoa’s decision to go out with the local jersey gave people something to talk about on social networks, with the Azulcremas followers celebrating and praising their goalkeeper’s decision.

William Ochoa became the goalkeeper with the most goals against in the history of the America. The former American goalkeeper Adrian Chavez assured that Ochoa cannot always be the savior of the Coapa team.

“It’s one of the very important things, that if you’re not well protected defensively, even if you’re Superman, it’s impossible to stop all the balls and they score goals there. It’s impossible for Memo to do everything. There are times when he gets the job done, that for that’s it, but it’s the Memo that we all know, but we have to work on the defensive side, which is what America lost,” he told ESPN.