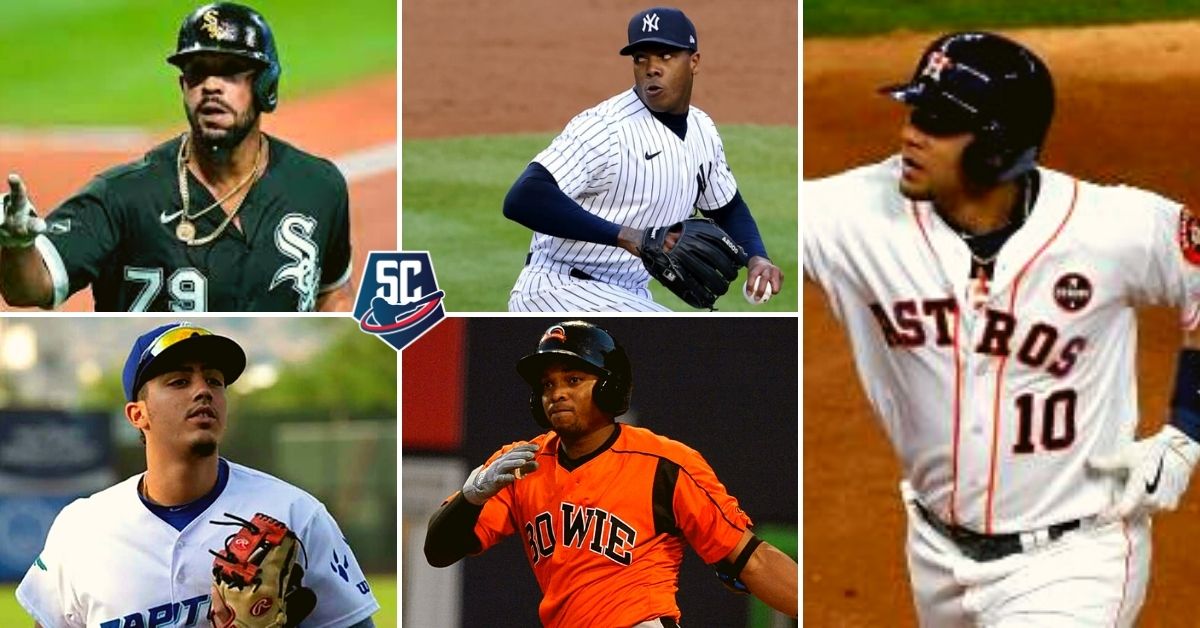 During the 2021 season of American professional baseball, more than 100 Cuban players saw action at different levels, from the Minor Leagues to the Major Leagues. Of them, a total of 27 played at the highest level, the MLB, while almost a hundred young talents did it in the Minors.

in the big leaguessome Antillean baseball players stood out with the wood, such as the first baseman of the Houston Astros, yuli gurriel, batting leader in the American League; also the first baseman of the Chicago White Sox, Joseph Abreu, second in RBIs of the young circuit; Rays center fielder and American League Rookie of the Year, Randy Arozarena; another “rookie sensation” and right outfielder for the Texas Rangers, Jose Adolis Garciawhile the gardeners Jorge Soler and William Heredia they were World Series champions with the Atlanta Braves.

From the mound, two Cuban-born extraclass closers ranked among the best of the 2021 MLB campaign, the cases of Raisel Iglesias of the Angels, second place in saved games in the American League, as well as Aroldis Chapman of the New York Yankees, who reached his 300 saves and 1000 strikeouts in his major league career.

In the Minors, almost a hundred players saw action from the Rookie level and up to Triple A, with the expected debuts of young talents such as Yoelqui Céspedes and Pedro León, the offensive highlight of debutant Norel González and other regular players such as Miguel Antonio Vargas and Jairo Jeffry Pomares, as well as solid performances from the box starring Darién Núñez, Yennier Cano and Kendry Rojas.

All these performances, put Cuba’s name on high and is a sign of the health of the island’s baseball, very different from the scenario that is experienced within the National Series. However, there is a recurring question among fans of the national sport of all Cubans: which province currently contributes the most players to professional baseball in the United States?

It may interest you: LAST MINUTE: Commissioner blamed the provinces “to negotiate with players outside the country”

As reported on his Twitter profile by Cuban sports journalist Francys Romero, “more than 170 Cuban baseball players belong to the MLB system in this 2022”, after the most recent incorporations materialized during the current period of international signings that began last 15 from January.

More than 170 Cuban baseball players belong to the MLB system in 2022. As every year, here I review the number of players by province. https://t.co/ZiPQVi89vf 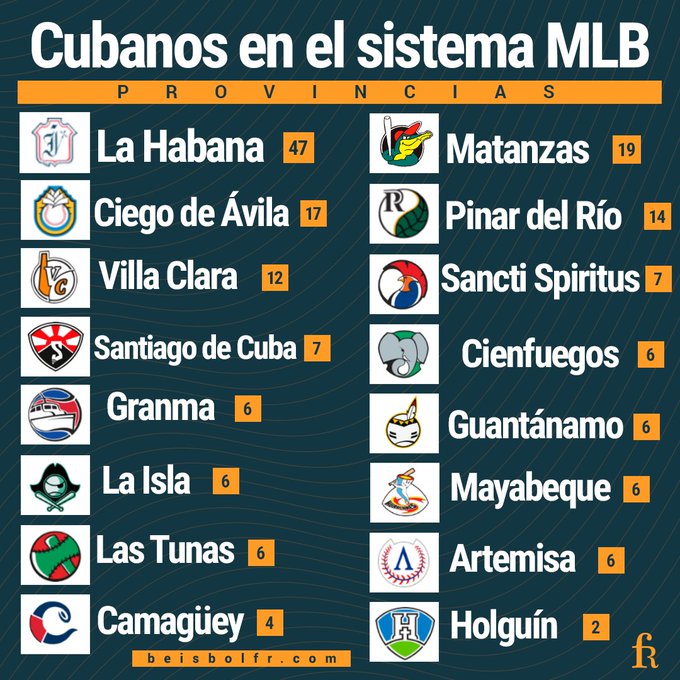 Sancti Spíritus (7), Santiago de Cuba (7), Cienfuegos (6), Granma (6), Guantánamo (6), La Isla (6), Mayabeque (6), Las Tunas (6), Artemisa (6), Camagüey (4) and Holguín (2) complete the classification, which was carried out according to the province in which the player was trained and not precisely by his place of birth.

Now, another question arises: how many players from each Cuban province played in the Major Leagues in 2021? Romero himself responded to this question by making a distribution by territory and to the “surprise” of many, the most prominent province is not one of the “historical” ones.

For its part, Holguín contributed one (Aroldis Chapman) and Artemisa another (Yasmani Grandal).