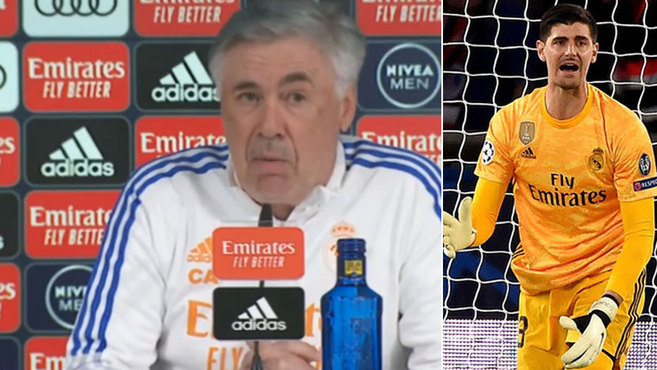 Tras the ecstasy of the Championscome back against PSG to advance to the quarterfinals, Real Madrid visits tomorrow (9:00 p.m., Movistar LaLiga) at Majorca. In the run-up to that match, after the last preparatory trainingAncelotti I spoke at a press conference.

The role of Camavinga

Camavinga is the present and the future of this club. It’s pretty clear, to him and to us. The day that Modric, Casemiro and Kroos are older, we will have Camavinga, Valverde, the youngsters who are at Castilla, like Antonio Blanco… We have the ideal replacement for these club legends.

If you feel reinforced

The classification means that all together we have taken Madrid to the quarterfinals. I don’t need backup. The illusion of coaching this team is so great that if they criticize you, nothing happens. In January we had a moment that was not good, but we continue and hopefully we can win something this season.

What would I have felt on Wednesday being Mbapp

When you lose you feel very bad, both physically and mentally. All PSG players were very disappointed. It has happened to everyone.

Courtois, out of the top-10 for FourFourTwo

(Laughter). She is a fool. You don’t ask me to say how I see Courtois. For me he is the best goalkeeper in the world, but I am an interested party. Carvajal and Mendy also seem so to me in his position. If you say that about Courtois, you have to break the journalist’s card, coach, whatever…

The comeback, the best claim for the Mbapps and Haaland

It’s true that Wednesday’s game has left a very good image of Real Madrid, but Real Madrid doesn’t need that. For Real Madrid speaks its history and its tradition.

The four who end contract

No. I salute Verratti because he was a player of mine when they joined PSG, just like Leonardo and people I worked with then in Paris.

Ceballos, Modric and the rotations

Everyone is available, so everyone can play. I don’t see any tired player, so if I make changes it’s because of the type of match and approach, not to rest.

If they applauded him when he visited San Siro with the Roma S, he passed me. Usually when I played for Milan, when I went to Rome they applauded me. Not because of the quality, but because of other things. Football fans want to see quality, good players who are examples for others.

The luck of this squad is that there isn’t just one leader, and not just by word of mouth, but by example: Kroos, Modric, Marcelo… It’s lucky for a coach

Hangover from qualifying for quarters

It has been more than emotional, environmental sports… The fans pushed the team and that, on an emotional level, was very, very nice and very, very important. At the Bernabu we have an environment that helps us in important games. I am very happy to see the happiness of the madridistas.

We have good feelings because the dynamics of the team are good, we continue with the good streak, all the players are available… We have good ingredients. Mallorca will give their best. All the league games are saying this, there is a lot of balance because there are only a few games left and everyone is going to give their best.

After training, with all players available, Carlo prepares to speak at a press conference.

Ancelotti: “If you don’t put Courtois in the top 10, you have to break the journalist’s card, the coach…”