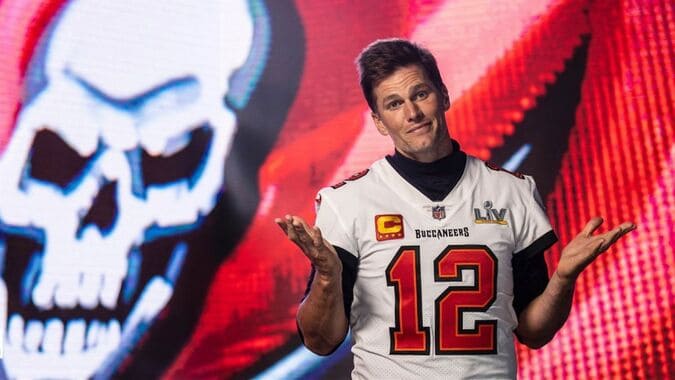 In life everything is possible and this phrase would fit perfectly with the case of Tom Brady. A little over a month ago, the one who is considered by many to be the best player in the history of the NFL, Tom Brady announced his retirement from the courts, after more than 20 years of professional career, but in recent days a rumor has emerged about the immediate return of TB to the camps.

This rumor has gained strength in recent days, especially when Brady posted on his Instagram stories that he would return to training. The iconic New England Patriots quarterback and recent Tampa Bay Buccaneers player returned to physical preparation giving more indications about his possible return.

Also read: Is Tom Brady returning to the NFL?

Brady was always obsessed with physical preparation and maintaining a correct diet. Which served to prolong his career for 22 seasons in one of the most physical sports in the world, and of course always at a very high level that allowed him to win 7 Super Bowl trophies.

Tom Brady still has not made his return to the courts official, he has only published photos training, but sources close to the former player assure Tom Brady trains the same way as if he were going to play in the 2022 NFL season, which opens the door to a possible return.

“I made the joke to someone who knows him very well and has known him forever, I said, ‘I think we can take the pitcher back.’ And this person looked at me like I was crazy and said, ‘Oh no, he still has the pitcher, he’s still fit, he’s still eating well, he’s still doing TB12 or whatever, and he’s still staying hydrated… just in case. He’s still doing all the things that he would do in case he wanted to come back.’ I don’t know if he will come back. I know that at least it is possible. And I don’t know where the level of possible is. But at least it is possible”, was the talk that a specialized journalist had with Brady’s friend.

Tom Brady returns to training Is his return coming?