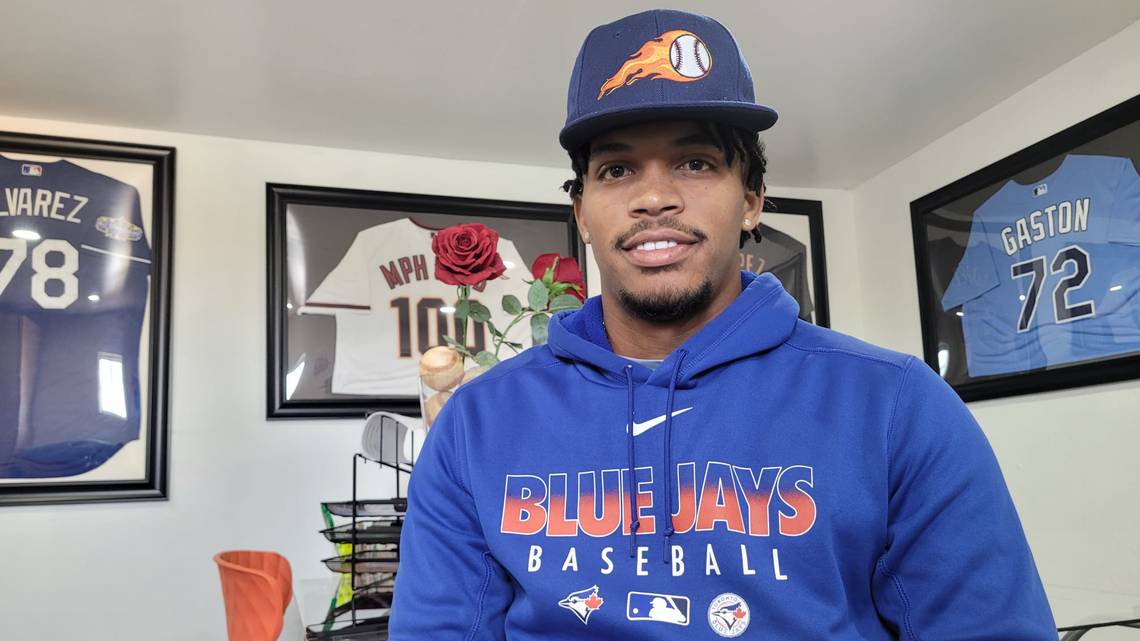 Perhaps because they did not see it well or he did not know how to show it, but the name of William Gastón was little known in Cuba. Unlike other compatriots with a record full of national teams, this Blue Jays prospect, in his own words, never went beyond the provincial.

But when he arrived in the Dominican Republic, something changed in this boy who is the cousin of Sandy Gastón, a member of the Tampa Bay franchise. As they say in baseball parlance, he began to get his hands dirty and a 90+ mph pitcher surfaced who, if he met his goal, would be a tremendous discovery for Toronto.

At the age of 25, he spent this winter in Miami with Professor Maels Rodríguez at his Big Five Club academy and after reaching Double A level, he already has his sights set on the Major Leagues. If the Canadian organization develops as expected, the signing of Gastón -in December 2018- would only leave a profit for all.

Last year you reached Double A, what are the plans for the season?

“We are focused on working on command and speed also to climb faster to the Major Leagues. The whole time I’ve been happy, positive you know and working hard to win.”

“Happy with my work and when they see me working they tell me to give it one hundred percent. The team wants to see more command, control of the ball. I say it’s part of the mechanics. I’m focused on the mechanics and working the corners.”

Do you have faith that this year at some point you will be called up to the Majors?

“I think so, everything depends on the job, how I arrive, how I behave. The mentality. I think that nothing has delayed me. I keep the discipline there. I stay in my area.”

How much has that Gastón changed since he left Cuba until now?

“A lot, I have learned a lot. In Cuba I did not have the opportunity to learn much about the ABC of baseball. So what it is in the Dominican and here in professional baseball, I have really learned a lot. That’s why the goal is to jump from Double A to the Major Leagues.”

Why do you say that in Cuba you did not have the opportunity to learn much?

And, what happened then in the Dominican that the potential appeared?

What will it mean to you the day the call comes from Toronto?

“A lot, a lot because it’s a really big thing.”

You are the cousin of another Gastón, how is your relationship with him?

In Cuba they did not give me the chance, they did not see potential in me, but now my goal is to reach the Major Leagues