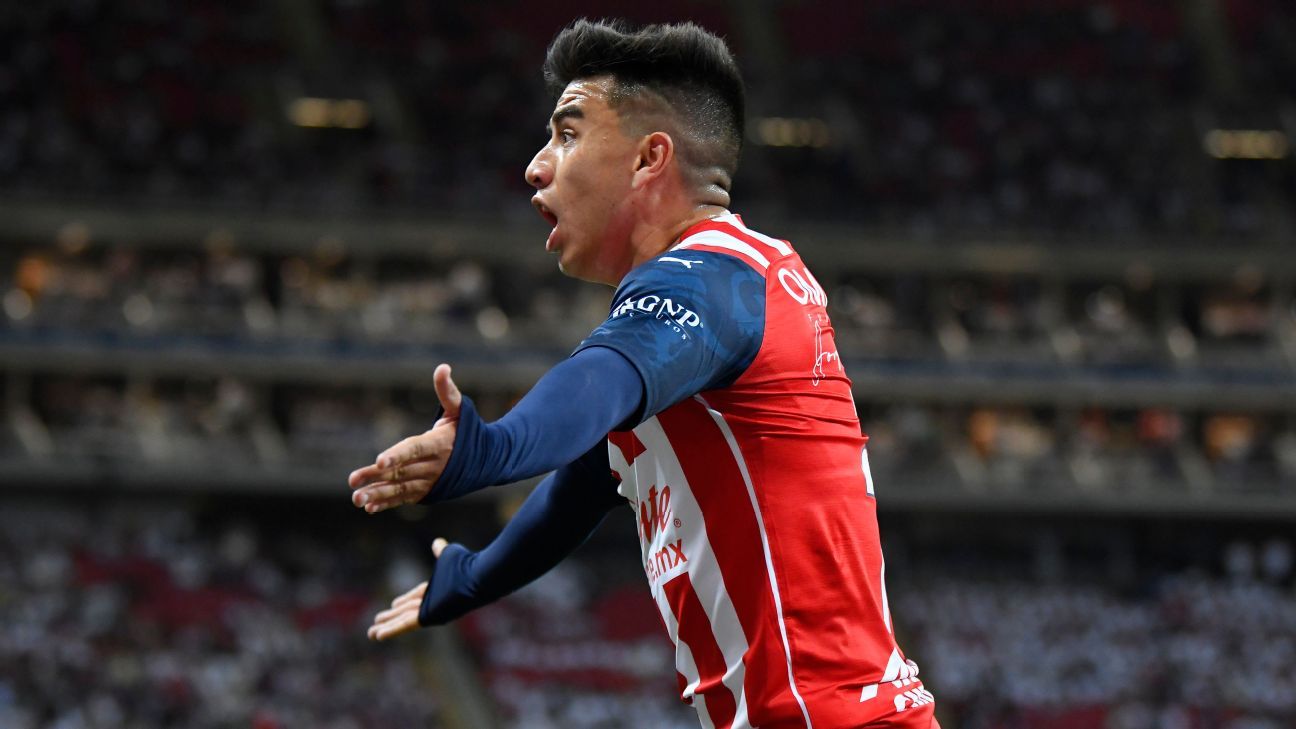 Chivas missed the numerical superiority in which he found himself during the second period against Americaafter Jonathan dos Santos was sent off at 52′ and left bittersweet feelings in the stands, as they were unable to get the result against one of the teams that occupy the basement of the standings.

the archer of Chivas He provided a remarkable first period with two actions that reflected the security he projects under the sticks. In the first instance, he covered a header by Federico Viñas on the edge of the small area at 37 ‘, although the play was ruled offside. Later he showed off with a shot to his right side to deflect a shot from Roger Martínez that threatened to sneak into the left corner.

In the complement he had little activity, because his team turned to the attack after being in numerical superiority.

As a right back, he denoted his offensive vocation and in multiple options he went up to the last third of the pitch to act as a winger, although he caused Roberto Alvarado, a striker on that flank, to be misplaced to try to play inside the field.

The defender presented a good performance to prevent America from besieging his frame, however, he retired injured in the last moments of the first period, with tears in his eyes, because Roger Martínez fell on his left knee.

The defender also gave a solid performance during the duel, but the high revolutions with which he acted played against him early on, as he saw a yellow card at 22′, for a strong sweep of Roger Martínez. At the start of the complement, he came close to scoring with his head, but his shot hit the crossbar.

The rojiblanco left-back had a complicated duel with Roger Martínez and was overwhelmed on a couple of occasions, as the Colombian was a latent threat to the Chivas squad and only stopped due to numerical inferiority.

In his third duel with the Flock, the midfielder who acted as an inside player on both flanks showed great vision with the ball, precise touches and overflow ability, which made him one of the best players in the duel.

As a containment for the Flock, he prevented the ball from advancing towards the attacking third and had a good duel with both Zendejas and Álvaro Fidalgo. Thanks to the expulsion of Jonathan dos Santos, he had opportunities to join the attack, although the team did not take advantage of the numerical superiority.

Along with Pérez Bouquet, ‘Nene’ had the initiative to go to the front, speed up the team’s attacks, organize plays and actively participate in them, appearing between rival lines.

‘Canelo’ appeared in front of the frame on a couple of occasions, but his attempts did not transcend due to the few spaces that América left behind during the first period, although he wasted the second half, as they besieged the goal of the America after the expulsion of dos Santos.

The striker spent most of the first period out of his zone, due to the lack of balls, at 38′ he crashed a ball into the right post after a shot outside the area; in the complement he showed more impetus than clarity and failed to score, despite multiple attempts from him.

As a winger, he tried on both wings repeatedly, however, he went unnoticed for most of the duel.

The defender replaced Luis Olivas in the second period and contained the limited attacks of America during said period.

He entered the 60th through the side Miguel Ponce, to maintain the offensive inertia with a more aggressive lineup, however, he had few options against the frame and faded from the field.

The forward entered the 78th minute and in the final moments he got a ball inside the area in his boots, but his shot went wide of the three posts and missed a possible winning goal.

Chivas qualifications after a goalless draw with America