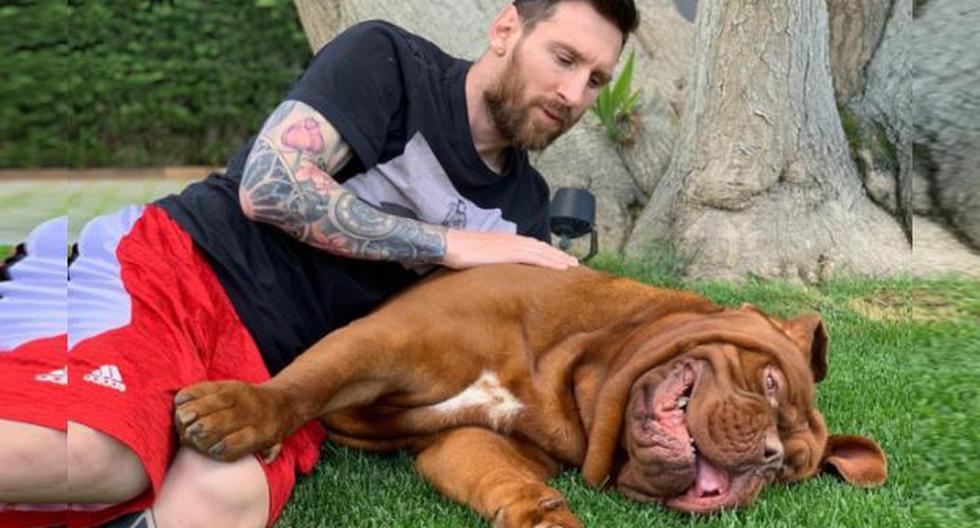 When they hear the name Hulk, many remember the giant green character from the comics. However, the Hulk is also the Dogue de Bordeaux of Lionel messsi, who has not been seen since the Argentine forward arrived with his family in Paris to join the Paris Saint-Germain. This, precisely, has caused the interest of many users on social networks in recent hours.

In 2016, Antonela Roccuzzo gave the ’10’ a Dogue de Bordeaux that was named after the Marvel superhero. “New member of my family. Thank you love for this beautiful gift “Lionel Messi wrote, at the time, in an Instagram post.

Now, having seen the arrival of the Messi family to the city of light, and its subsequent installation in a luxurious and renowned hotel, the followers of the football legend are wondering about him, who has appeared in photos and videos of ‘Leo ‘on more than one occasion before.

Well, according to the Clarín, “The Messi mascot is still in Catalonia”. With the ‘Messimanía’ unleashed in Paris, “Surely the arrival of the Hulk in the next few days will be another outstanding event” for the fans of the former Barcelona striker.

Characteristics of the Dogue de Bordeaux

The Hulk is of a breed of French origin, which is part of the great family of bulldogs. It is a dog of great strength and power, with a firm and determined character that makes it a great watchdog. According to experts consulted by the aforementioned Argentine media, this pet “It does not present any problem when it comes to living with children, they are very tolerant and patient, so you can share the children’s hours of play.”

“It is a very balanced, calm and affectionate dog with the family to which it belongs, especially with its owner, showing an amazing loyalty and fidelity towards all its members”they add. They also mention that it is advisable to have a dog like the Dogue de Bordeaux in open spaces, if possible with a garden, since it needs to move freely. That is, it is not to be raised in an apartment, for example.