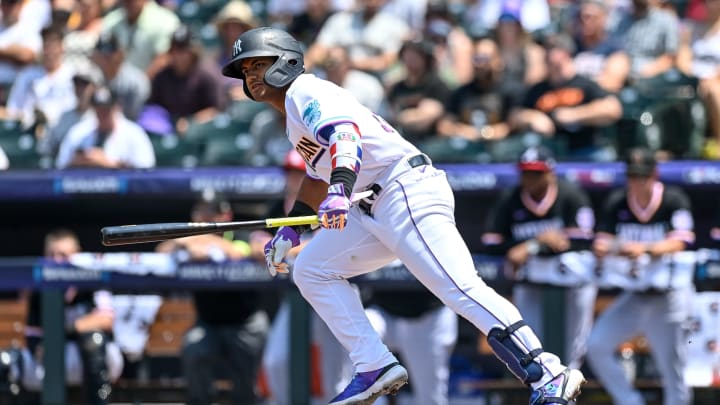 Jasson Domínguez’s debut is one of the most anticipated by analysts and experts at the MLB. Your signature with New York Yankees As the best international prospect during the year 2019 for the amount of 5.1 million dollars, they make each movement that the Dominican makes is of great interest around baseball.

The Bronx organization invested 95% of its allotted budget for that year in the 18-year-old gardener, so development and promotion expectations are extremely high.

The Yankees estimate that Dominguez He may be a much better player than Mike Trout, who at his age lacked the tools and skills as a Los Angeles Angels prospect. “He’s an elite level athlete (Jasson Dominguez) and he has elite baseball tools,” Yankees director of international scouting Donny Rowland said after Dominguez’s signing. “He’s the type of player that makes the hair on your arm stand up.”

Baseball America currently considers Dominguez as the 33rd prospect in the entire MLB-affiliated minor league system. Whereas, Baseball Prospectus places him in position 59 from the same system.

That being the case, how long will it take for Dominguez to be part of the Yankees in the Major Leagues?

Although everything will depend on the statistics he accumulates and the development of the player himself, the Yankees expect Dominguez to ascend to the majors in July 2023, a statement made by the player himself during his time at Coors Fields in Colorado. prior to the 2021 Future Stars Game.

As of Tuesday, July 20, the player was hitting .200 with 5 runs, 1 RBI and 2 stolen bases in 7 games with the Yankees rookie team in Florida.

If in the current season Domínguez is able to put the numbers that he expects New York to project, his next campaign in 2022, he should experience a rise similar to that shown at the time by Fernando Tatís Jr., Ronald Acuña Jr, Vladimir Guerrero Jr . and Juan Soto, players with what is compared.