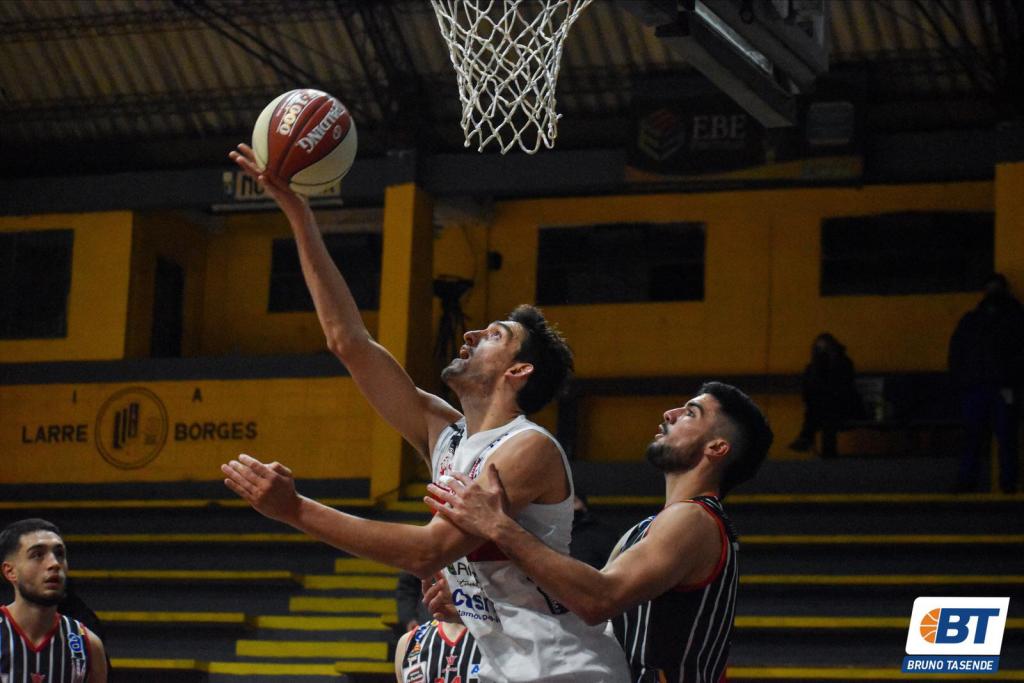 Franco Pennacchiotti, who was the classic figure in the August 25 triumph against Miramar, once the game was over he approached to leave the first sensations in his debut in El Metro.

Debuting in a competition is never easy, El Metro, from what foreigners reflect, is a tournament that is played with soul and life, beyond basketball, Franco Pennacchotti was the figure of the night and spoke with Básquet Total.

The Argentine pivot referred to the importance and how expensive the victory was in this debut: “It was a very fought victory, the truth is that they played very well, they had an effectiveness against which it is difficult to play, it takes you out of rhythm, you have to be very good in your head. We had very good moments and very bad moments, in that sense they were more even. In the end, maybe we get a little more of the job and we close it better and that is important”.

August 25 has an interesting squad, it had Capalbo decimated and Álvarez was only on the court for the first minutes, before this Franco said: “We know that we have nine players who being at our level we can play and that is an advantage that we have to take advantage of. It was just our turn that two of ours were not in good condition and sometimes with two less the squad already shrinks, but we had to play and do what we had to do to win and it is important that we achieve it.”.

Pennacchiotti was the figure of the night, culminating with a double-double and did not hide his joy: “The truth is that I am very happy because I had not played for a long time and doing it again makes me happy, I alternated good passages with the others but it is a matter of fine tuning. Starting winning was key and more in a contest like this and that it is a classic was fundamental”.

Villa Dolores made him feel the importance of this classic and he took it that way to motivate himself, he showed only words of gratitude: “We have to thank these fans for the framework they gave us before we started, today when we got on the collective we felt the support, we talked with the boys, it was impossible not to play a game like this motivated, nor do I imagine what they can do a playoff, so in that sense they accompanied us as we needed and gave us that key push”.

August 25 was armed in a very good way to be in the conversation of the contest, before this Pennacchiotti said: “I have just arrived and the truth is that we do not feel pressure to ascend for now, I know that we are armed to fight. From what the boys tell me it is a short tournament and if you are not careful they take you down from one then it is a matter of being careful, playing correctly, doing what we know. The tournament will then place you, short or long, it places you and hopefully a club like this, with so many fans so neighborhood, so familiar, that we can enjoy a promotion or even enjoy hope, then the finals and semifinals always you have to play them, the fact of the illusion already adds”.