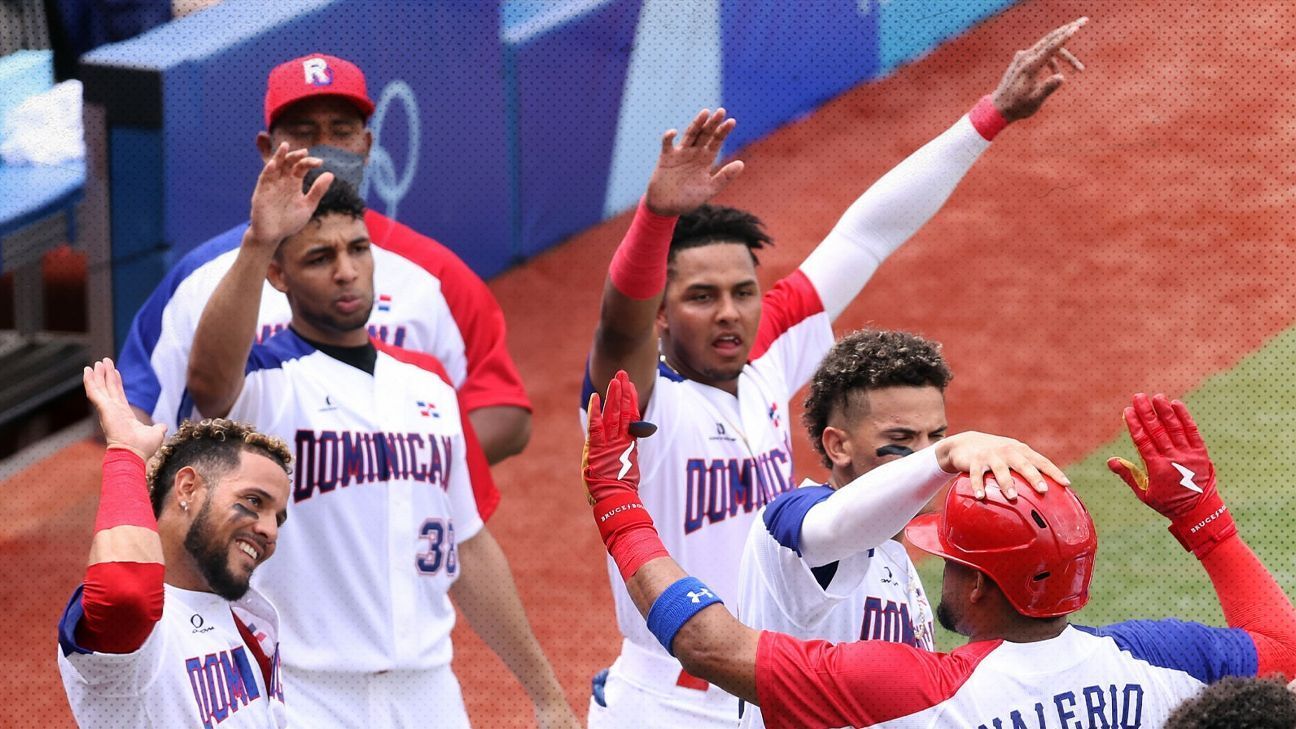 With a career towed by Melky Cabrera and a solid work by Ángel Sánchez, the Caribbeans get their first victory in Tokyo

Angel Sanchez He dominated the Mexican bats for five scoreless innings and the Dominican relief was up to the task and completed the shutout for the Dominican Republic to take a 1-0 victory against Mexico in their second Tokyo 2020 game.

The Dominicans bounced back from their inaugural loss to Japan with excellent collective pitching, where Sanchez stood out with five full scoreless innings, conceding just two hits, a walk and striking out an opponent.

His great work was supported by the bullpen with Ramon Rossó, Darío Álvarez, Jumbo Díaz and Luis Felipe Castillo completing the shutout and allowing only two hits for the remainder of the game (Rossó).

In Castillo’s case, he replaced Jairo Asencio, who had been in that role since the pre-Olympic tournament in Florida, but spoiled a possible win against Japan on Tuesday.

The only run of the match came in the bottom of the fifth inning thanks to a double from the catcher. Charlie valerio, who advanced to third on a ground ball by Yefri Pérez pulled out, but veteran Melky Cabrera was able to drive in the return with a single to left field.

At the top of the sixth episode there was a key play for the Dominicans with Jose Bautista putting Isaac Rodríguez out at the plate with an excellent shot that avoided what could have been the tying run.

The best for the Dominican Republic were Julio Rodríguez 4-3, Melky Cabrera 4-1 and Charlie Valerio 3-1 with a run scored.

Mexico will face Japan this Friday and it will be pending to determine the positions with which the teams will go to the next phase.