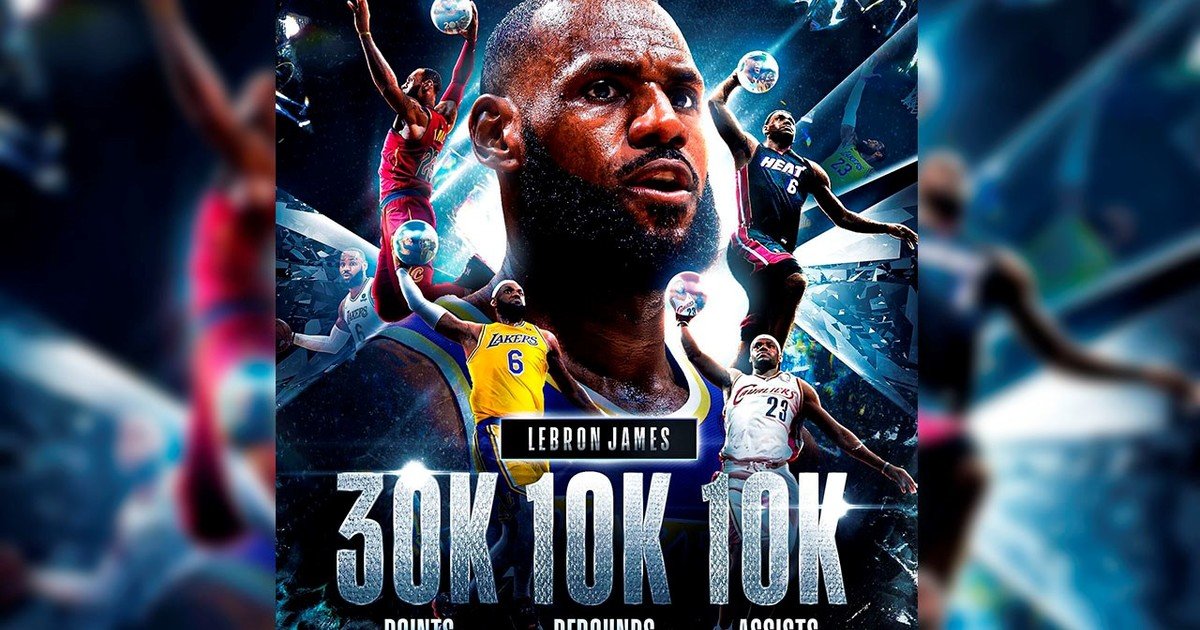 To say that Lebron James continues to make history NBA It has long ceased to be a novelty. But the truth is that year after year, the Akron native continues to increase his figure in the most important basketball league in the world. And, in case someone still has doubts that he is in the top 3 of the best players in history, it is enough to review his numbers to verify it.

is that this Sunday, in the fall of Los Angeles Lakers 140-111 vs. phoenix suns, the eave of 2.06 meters added 31 points, 7 rebounds and 6 assists. But it is precisely on this last item that we are going to focus. Because With those 6 pass-goals, LeBron surpassed the 10,000 barrier. He only needed 2 to break that record and already in the second quarter he had achieved them. It will also remain in history Carmel Anthony, who converted from three, after the assistance with which Lebron reached a mark never before achieved.

Because beyond the incredible number of 10,000 assists, With 37 years and 19 seasons in the NBA, James achieved something historic, he became the only player in history to reach 10,000 points, 10,000 rebounds and 10,000 assists. And, it should be noted that, although he lacked two assists to reach 10,000, in the case of goals, it is a barrier that he already crossed a long time ago and with desire.

King LeBron and his historical numbers.

He reached 10,000 rebounds on January 19 of this year and currently ranks 39th in this specialty, according to official NBA data. In addition, to his personal numbers we must also add his four rings, two with Miami Heatone with Cleveland Cavaliers and the last with the Lakers.

With 30 points, 10 assists and 4 steals from Devin Booker and 23 points and 16 rebounds from Deandre Ayton, Phoenix Suns, nba leaders, They defeated the Los Angeles Lakers 140-111. This was the 10th consecutive road loss for LeBron’s team, who did not play the fourth quarter.

The Suns set the tone in the first five minutes, went on a 14-0 run, with back-to-back 3-pointers by Booker, to take a 16-6 lead and didn’t slow down. Phoenix led 48-22 after one quarter, the Suns’ biggest lead after the first quarter all season and the longest the Lakers allowed since the 24 clock was used.