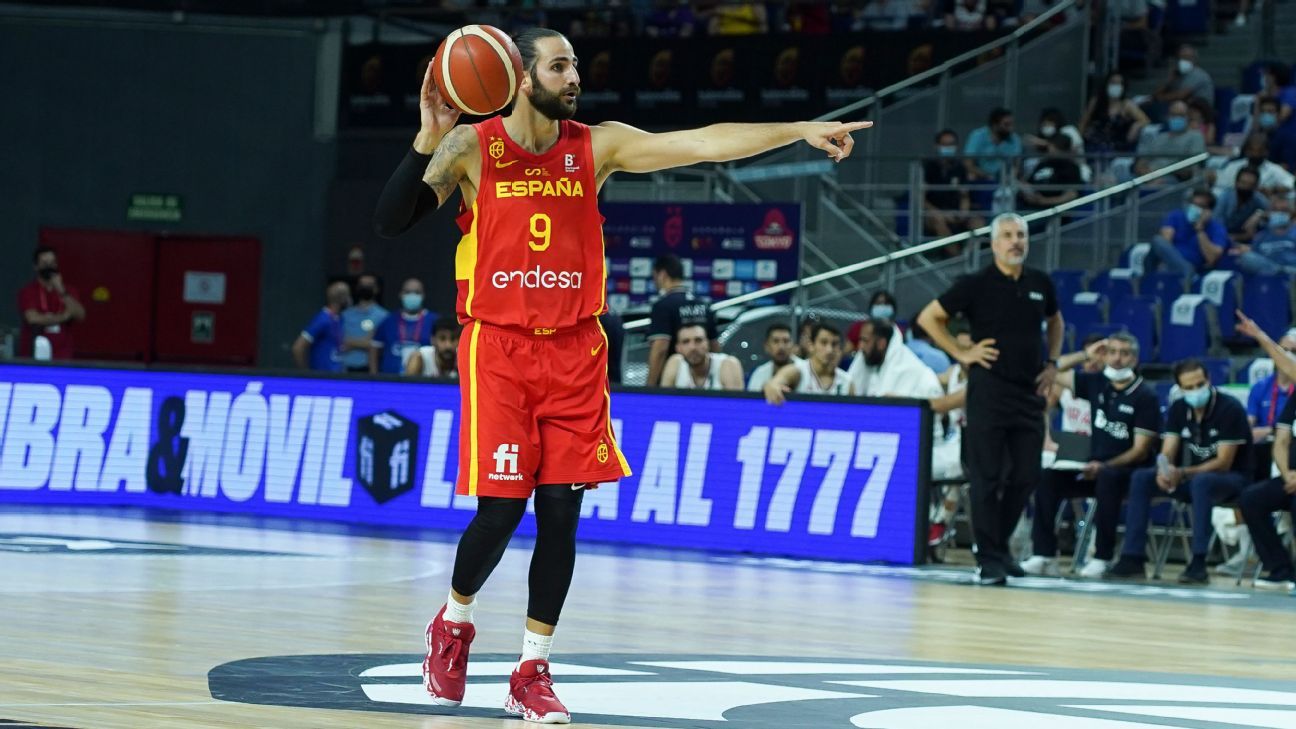 Saitama – To the sound of Ricky Rubio, Spain appeared in Tokyo 2020 with an authoritarian victory (88-77) over the host, Japan, thanks to a partial 0-19 in the second quarter (26-45, min. 19) that put the Spanish at a distance Unattainable for the Japanese team, which had an honorable display.

Hand in hand with the tempo set by the point guard of El Masnou (20 points and 9 assists for him), the stability of Víctor Claver (13 points and 9 rebounds) and a choral performance in which only two players were left without scoring, the selection appeared in the Olympic event against a Japan at a good level, which drew the most of its two NBA, Rui hachimura (20 points) and Yuta watanabe (19 and 8 rebounds).

Fifteen years later, Spain returned to the Saitama Super Arena, the place where it touched the sky in 2006 winning the first World Cup in its history, now kilometer zero of the Olympic Games with many gold contenders, especially one that had been presented hours before, the Slovenia from Luka doncic, at the expense of Argentina (118-100).

Juancho Hernangómez, out of Tokyo 2020 after the Minnesota Timberwolves did not participate in the tournament, he became an assistant passing balls to his teammates in the warm-up and the first fan cheering them from the stands, while his replacement Xabi López-Arostegui, newcomer to Tokyo, he went from the plane directly to the runway, with minutes left in the second half.

The first question was how Sergio Scariolo was going to solve the loss of Juancho, and from the start he did it with Alberto Abalde as forward and the other four players who have formed their starting five throughout the preparation: Ricky Rubio, Rudy Fernández, Víctor Claver and Marc Gasol. The staging was unbeatable, with Rubio setting the tempo and Marc dominating the attack for a 2-11 start (min. 4).

The Spanish rotations caused imbalances that Watanabe took advantage of to penetrate and bring the Japanese closer to the end of the first quarter (14-18), but they came closer in the second, between Spanish errors and hits by a dangerous Hachimura, who equalized with a triple the match (26-26, min. 14).

Scariolo returned to the starting plan, and from two successful triples by Rudy and Llull, and the management of Ricky, Spain began a 0-19 partial that not only returned the waters to their channel, but almost canceled the match (26 -45, min. 19). The Spanish advantage at halftime, of 20 points (28-48) and with a remarkable 42% triple effectiveness (5 of 12, then reduced to 29% at the end of the duel), implied that the Japanese rebellion was stifled. .

Ricky was still campaigning for his respect, and only Watanabe and two triples by the Japanese nationalized American Gavin Edwards put up resistance, but the rent was already settled (40-61, min. 25). The job seemed done, and even López-Arostegui had minutes. But Watanabe insisted on remembering that Japan was there, and his drive brought the Japanese closer to the end of the third (56-69).

The adjustment came to reduce the difference ten points, Scariolo reinforced his quintet of less usual with Víctor Claver and Rudy to gain stability in defense, and later he introduced the ‘magician’ Ricky to finish the duel with fluidity. An Argentina hurt after suffering the outrage of Luka Doncic awaits on Thursday.

Incidents: match of the first day of Group C of the men’s basketball tournament of the Tokyo 2020 Olympic Games, played at the Saitama Super Arena (Japan), without spectators due to the sanitary measures against the coronavirus pandemic.