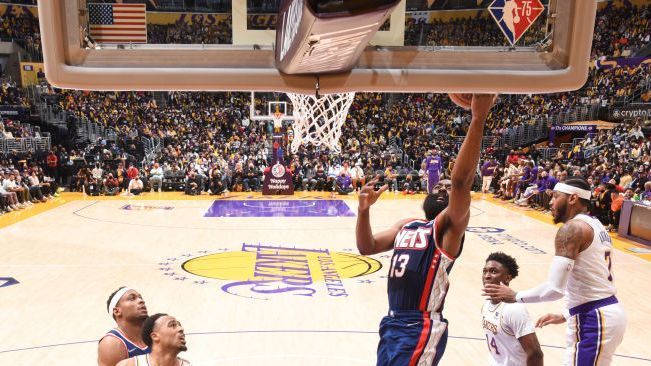 LOS ANGELES – The Los Angeles Lakers took the loss on Christmas Day to the Brooklyn Nets 122-115, at Crypto.com Arena, formerly Staples Center. Lebron james had another spectacular 39-unit night, while, on the contrary, Russell westbrook He had a performance of just 4 of 20 shots from the field, missing crucial baskets down the stretch of the game as the Angelenos were looking for the comeback.

“It was a miss-shooting night (for Russell), he missed shots at the rim that he’s used to doing in his career and even this season. I wouldn’t worry too much about that, ”LeBron James backed Westbrook after the game.

The public left the building upset with the result, but their anger was manifested in particular by chants against Westbrook. After a 20-point deficit, the purple and gold managed to tie with 45 seconds remaining in the game, thanks mainly to the push from LeBron James. Westbrook, as he did throughout the game with a poor shooting night, missed in the final seconds when he was needed most.

Ironically, Westbrook finished with a triple-double, after his 13 points, 12 rebounds and 11 assists, but his errors at the rim impacted the scoreboard. With Anthony Davis missing with a knee injury, more was expected of Westbrook as LeBron’s superstar duo at an important time.

“I think his decision making was sensational today, he had eleven assists, twelve rebounds, five of them offensive and we know we don’t dominate in that category in the league. He gave us extra possessions, but he missed a lot of shots in the basket and I know he can’t stand it either (not taking them). In terms of effort, I have no problem when a player gives everything and is a leader on the court, “said LeBron.

LeBron James had his fourth straight game with at least 30 points. In addition, he established a new mark as the player with the most points in Christmas games in NBA history, a brand that previously belonged to Kobe Bryant.

“I don’t care how I play individually if it results in a loss. When I’m on the court I just want to do my part and more, make my teammates assume their respective responsibility, ”said James, who is about to turn 37 years old.

The last four performances of more than 30 points of LeBron, have not been able to help the Lakers to have triumphs, as they spun their fifth loss. The Angelenos continue to find no consistency in their game, in part because injuries and protocol absences due to COVID-19 have invaded them.

“It is what it is, I will have to review the video and see if there are even situations where I can improve and help the team even more. I’m trying to do my part, take the burden on both sides, be a leader by example and my voice, it’s been difficult the last few games, but nothing will stop me, I’ll keep doing it, “shared LeBron.

The Angelenos exited the playoff spots by falling from sixth place to eighth in the Western Conference table. With a negative mark in the campaign of 16 wins by 18 losses, the pressure increases for the Lakers. His next engagement will be Tuesday visiting the Houston Rockets.