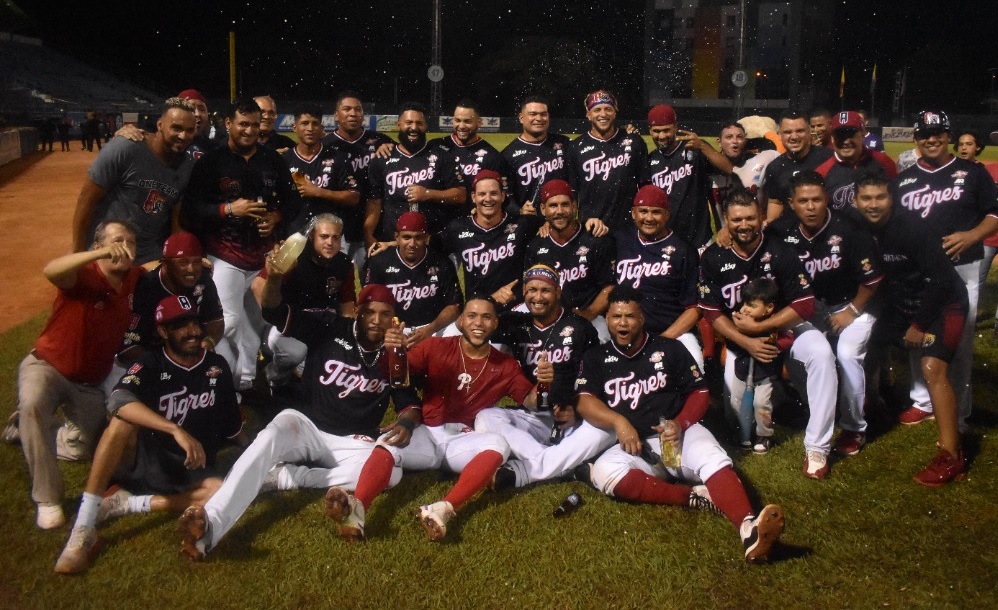 We are going to analyze whether the fourth place of the Aragua Tigers that they obtained on December 24 was the product of a legal vacuum or of a Creole vividness.

What happened with the classification of the Caribes that being tied with Tigres and Braves in fourth place, by the Championship Conditions of this season, the tribe obtained its ticket without having to play an extra game, which is only made in the league to determine fifth place.

That is, the only way according to the aforementioned rule that governs the LVBP that there may be an extra game is to seek to define fifth place.

Whoever writes to you does not agree with that resolution, but it is what was approved in the Convention and how it was established.

Impressed with the number of fans that continue to drive the belief that the league gave away qualification to the Caribes.

I will try to clarify the doubts to those who are still under that conspiracy hypothesis to favor the Caribs.

The norm cited here is the one that the LVBP took into consideration to classify the Caribs and clearly there is a fourth place, that is, if Caribes were involved in that norm it is because the norm itself excludes the beneficiary ( Caribes) to play the overtime and gives him fourth place.

I repeat, I do not agree with this rule but it defines that situation, where the Caribes lost their games with Magellan but they did not play a double extra day, which would have defined two places, but also the conditions establish that an extra day is to define a fifth classified.

Fourth place of the Tigers: Legal void or Creole vividness?

If the classification of the Caribs according to this Championship Condition caught many by surprise, more incredible was what happened in the meeting of the teams prior to the Draft of Substitutions and Reinforcements for the Round Robin in the LVBP.

The Aragua Tigers, in a move that I believe they wanted to play in the Caribbean, already argued that they were in fourth place because they won more games than the Caribbean in the elimination round.

That is true, but they did not do it in the same number of matches and by the rule that defines the first four places in the Championship Conditions, that is, we cannot speak of a legal vacuum since articles 1.03.3 and 1.03.1 They define that when it comes to draws, how the fourth place is awarded.

Impressed with the number of fans that continue to drive the belief that the league gave away qualification to the Caribes.

I will try to clarify the doubts to those who are still under that conspiracy hypothesis to favor the Caribs.

So the Tigers did not meet that requirement but the Caribs and the circumstance of going to the extra game is that it gave the Bengalis an additional victory and with it a better record than the tribe (26-24), but the Orientals played the last game of the regular harvest against Magellan with the conviction of having secured the fourth place in the table.

In other words, the Bengalis’ argument is that they won one more challenge, but through a game that defines fifth place, which the Caribs did not play.

So, if the rules are going to be written and created so as not to understand them and not respect them, the league loses its seriousness and this is an institution with almost 80 years of existence to be with the pardon of the phrase in an authentic “cock bottle”.

For what I consider that the legal vacuum does not exist because the norm covers the content of the supposed doubt, but that the Tigres went with an argument of total Creole vividness to see if it would come out and the league bought their approach in a totally wrong way .

It is evident that the Championship Conditions should be reviewed, but hopefully when they are modified that someone from the league reads them and keeps the teams informed of their content, because what was evident is that nobody knew anything about anything and they were resolving on the march unnecessarily.

Now a fourth place is incredible when you end up playing the classification for fifth, because if they lost they were eliminated.

Here for the memory I leave the last out of the classification of the quasi fourth place of the Tigers:

Tigres de Aragua are the fifth classified to the Round Robin!

Fourth place of the Tigers: Legal void or Creole vividness?