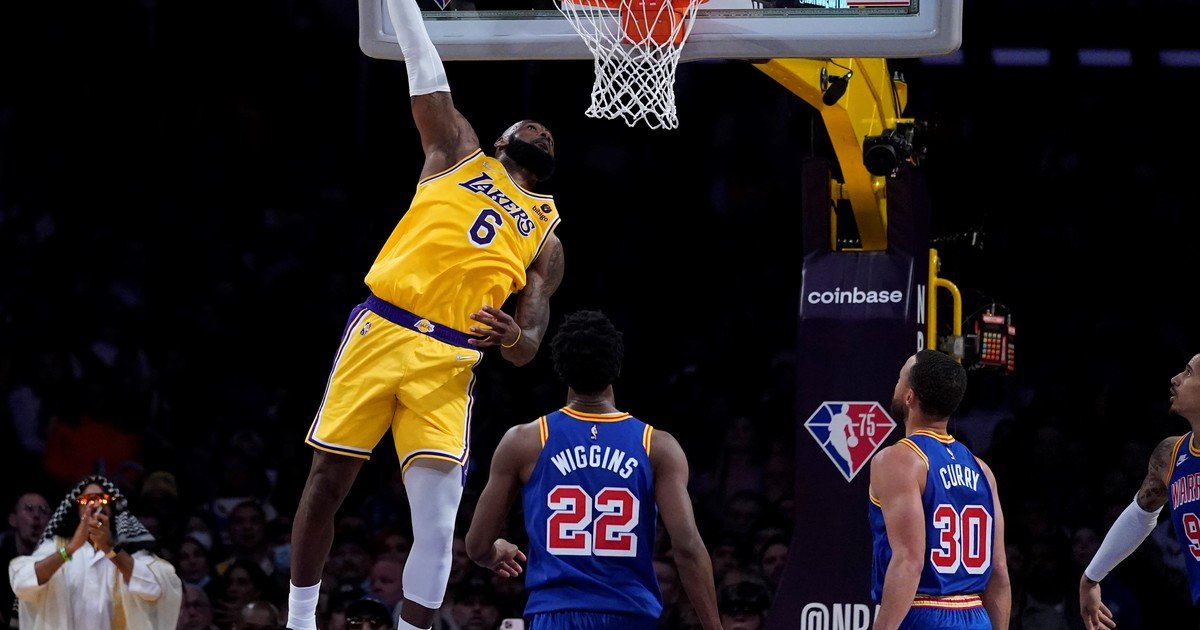 He is the third player with the most points in the history of the NBA and is quickly closing in on Karl Malone, who is in second place. But for some reason Lebron James he has never been considered a pure scorer. On Saturday night, however, The King reminded everyone that he is more than capable of racking up big points and in a different way.

James had 56 points (19 of 31 from the field, 6-11 from 3-point range, 12-13 free throws), his best record of the seasonand The Los Angeles Lakers defeated the Golden State Warriors 124-116 this Saturday to end a four-game losing streak.

It was the third-best points tally of James’ career.who finished with at least 50 points for the 13th time. The most units of his career was 61, playing for Miami against Charlotte in 2014.

James made 19 of 31 shots from the field, shaking off a bruised right elbow in the first half. And he received praise from friends and rivals. In addition, he contributed ten rebounds, three assists and a block.

The big hug between James and Curry. (AFP)

It is said of him…

“He was phenomenal tonight,” said Lakers forward Carmelo Anthony, who had 14 points. offensive. He just took the team on his back tonight.”

Warriors coach Steve Kerr said when James “finds his 3-pointer like he did in the second half, it’s very hard to shoot.” “He was brilliant tonight, he was amazing,” the coach said.

LeBron James won it from the start. (AFP)

Stephen Curry got 30 points for Golden State and Jordan Poole added 23. Russell Westbrook added 20 points. The Warriors have lost four in a row to drop to third overall in the NBA.a half game behind Memphis and eight and a half behind Phoenix.

The definition of the game

Anthony completed a 3-point play to give the Lakers the lead 114-112 with 3:29 left and Malik Monk hit a 3-pointer to extend the lead to five after Austin Reeves stole a pass from Curry.

James got an alley-oop pass from Monk, who stole a pass after a Los Angeles fumble. James, who had 26 points in the first half, was the reason the Lakers stayed in contention. It was the 24th straight game for James with at least 25 points to extend the longest streak of his career.

The best ten plays of the day