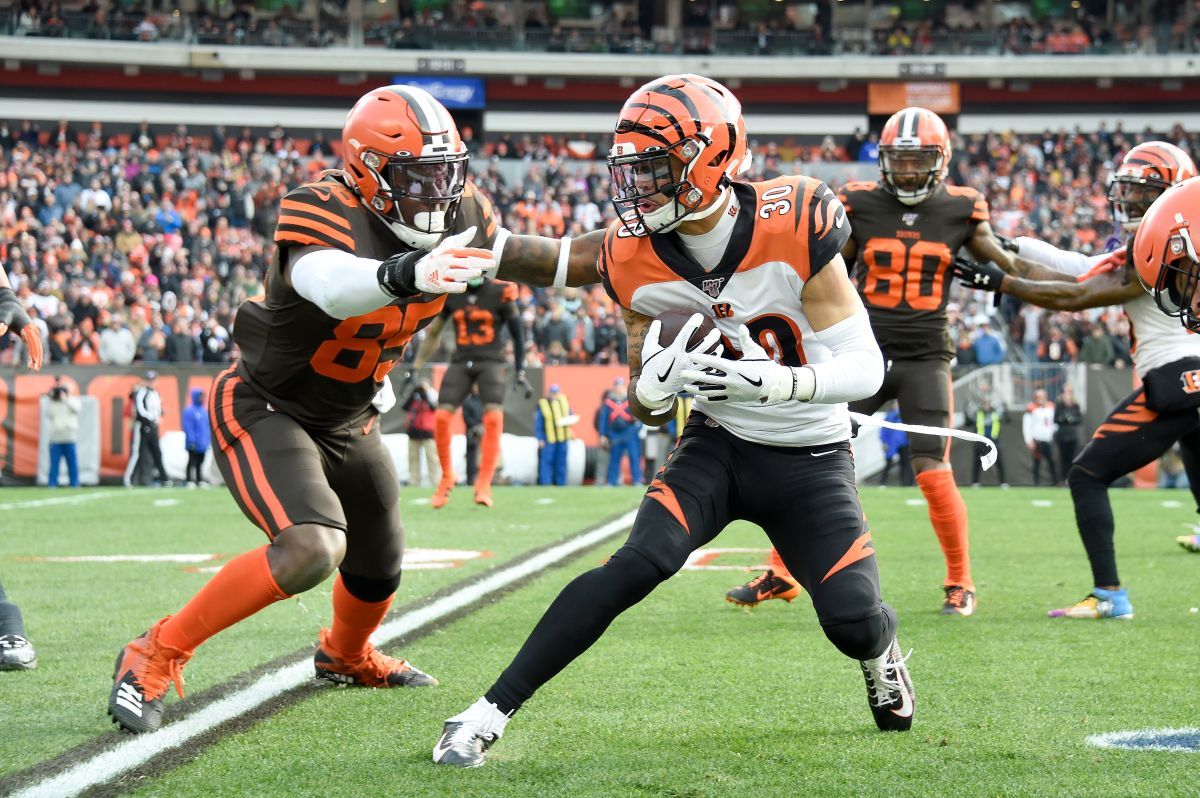 Safety Jessie Bates of the Bengals, lineman Orlando Brown of the Chiefs and tight end David Njoku of the Browns stood out Monday by being designated franchise players on their respective NFL teams.

This Tuesday is the deadline for the 32 teams in the league to designate their franchise player, an option that serves to retain their best talents or receive compensation in case you lose them in free agency which starts on March 14.

Among the elements with the greatest future confirmed as a franchise player this year is the defensive back Jessie Bates of the AFC championsthe Cincinnati Bengals.

The owner of jersey number 30 is a fifth-year player selected in the second round of the 2018 Draft.

Started in 63 games, the 25-year-old safety has 406 tackles, 10 interceptions and captained the Bengals in the AFC championship gamedata that his coach, Zac Taylor, highlighted to shield him.

“Jessie has been an important part of this organization both on the field and in the locker room. I’m excited about the opportunity for Jessie to be with us again. this year as we continue to improve our team,” said the coach.

Another of the names that shone in these designations was that of the offensive lineman Orlando Brown of the Kansas City Chiefsrunners-up in the American conference, although their status is non-exclusive franchise player.

It means that Brown can receive and accept offers from other teams, if it happens the Chiefs have two options; they can match the offer of the other interested team or let it go and receive in exchange a couple of first rounds of the Draft from the other squad.

The 25-year-old lineman was the mainstay of Kansas City’s defense in guarding passer Patrick Mahomes this season.

Orlando Brown came to the NFL via the Baltimore Ravens, in turn 83 of the third round of 2018, a team with which he was selected to the Pro Bowl in 2020.

For the Cleveland Browns designated tight end David Njoku as a franchise player. also 25, who had one of his best seasons in 2021, has five on the team, with 36 receptions for 475 yards and four touchdowns.

The general manager of the Browns, Andrew Berrys, confessed the confidence they have in the player they chose in the first round of the 2017 Draft.

“He’s come a long way and that’s a credit to him; he has worked hard. David is 25 years old and close to maturity. I think as his opportunities increase his impact on the team will too,” Berrys explained.

Also read:
– NFL cracks down on betting: Calvin Ridley suspended all season for gambling on the league
– The NFL and the Players Association agree to lift the protocols against Covid